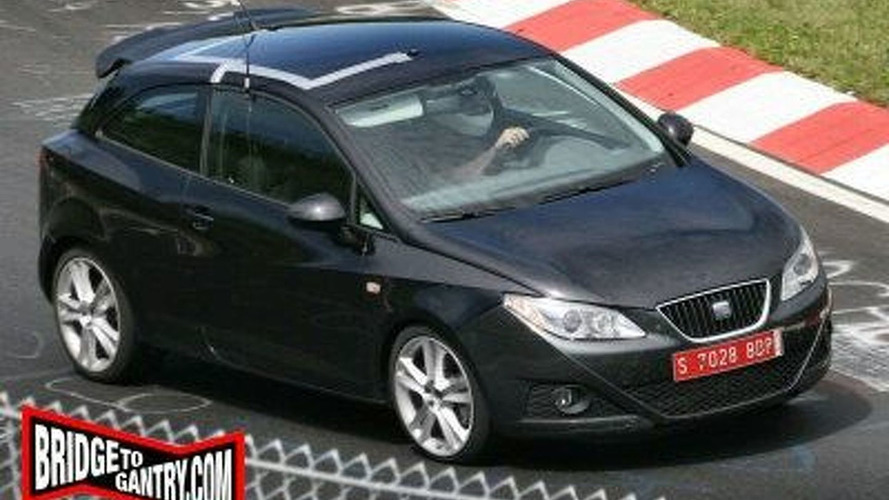 The all new fourth generation SEAT Ibiza was revealed last month at the Madrid Motor Show with the three-door Ibiza sport-coupe version following a week later. SEAT officials have already acknowledged the sporty FR and Cupra models are on the way and undisputed Nürburgring Nordschleife enthusiast site, BridgeToGantry.com, have taken some images of the sport coupe wearing a twin-tip exhaust pipe and a cute roof wing. It is speculated that the petrol engined Cupra will receive VW's 170hp 1.6-liter TSI engine producing 180 to 200hp. The Sport Coupe makes its public debut next month in London while the FR and Cupra models are expected to debut either at Paris this October or Geneva in 2009.