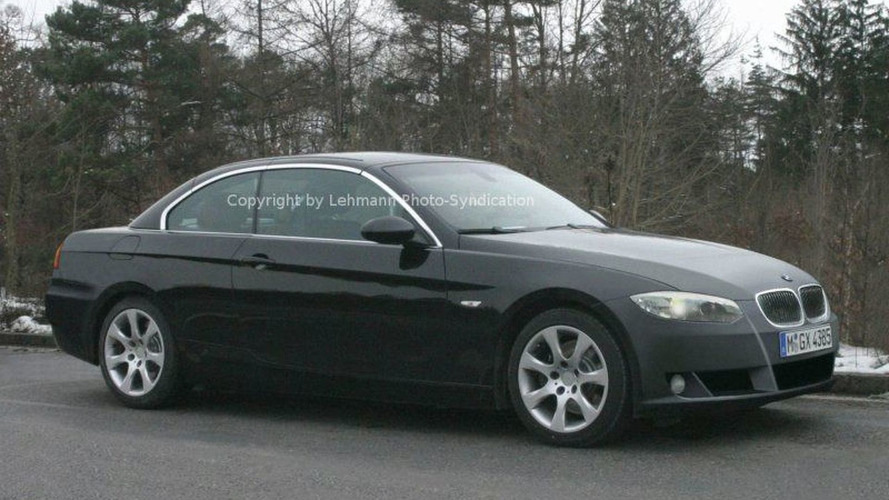 BMW is preparing a number of new 3-series variants for launch within the next two years.

Besides the upcoming new 3-series Coupe, the most discussed newcomer is the 3-series convertible, because talk was about the car having either a canvas or a steel top.

Here now are latest prototype shots of the 3-series convertible showing, that the next 3-series cabrio will get a retractable steel roof plus a different front end styling to make it look a lot more sportier.

The prototype’s roof is clearly visible, it has three parts which will fold into the boot when operated. The front- and rear end of the convertible prototype are still under some disguise, but we have added one photo from our files showing another prototype of the Coupe version revealing the new front end . While the Coupe is scheduled for launch this summer in July, the convertible variant is only due a year later in 2007.

Last not least the photos are showing the new Z4 M-version in full showroom trim. This one is for launch in August 2006.

Photo above showing the convertible which has been mildly computer generated.