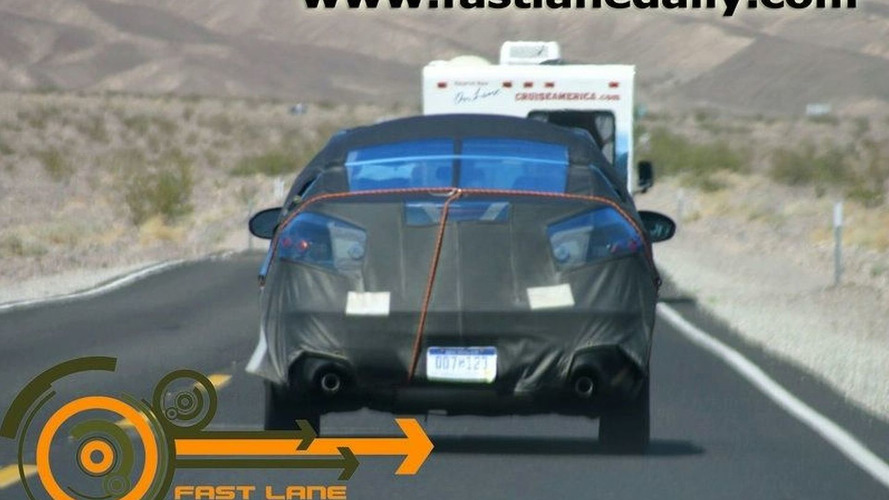 MPS telltale signs are apparent in these spy pictures of a Mazda2 sedan testing in Death Valley.

In the Mazda2, Mazda have found a cow they will be looking to milk in every way possible. The reigning World Car of the Year is now getting a saloon/ sedan sibling and these are some of the newest spy shots of it. Spied in Death Valley obviously doing its heat tests, the 2 sedan will go head-to-head with Toyota Yaris, Ford Ikon and Chevrolet Aveo sedans, among others. It was first unveiled in China as a Chinese market car in November 2007.

It will feature the same engines and powertrains found in the well-mannered hatch and could also possibly benefit from the upcoming “Mazda2 MPS” badge. Wait a minute now...what we’ve seen of the 2 in official pics is a sedated sedan of normal kit, with only one thin tailpipe! What is this one doing with two tailpipes? Are these spy pics of the Mazda2 MPS itself? In sedan form? Current Mazda3 MPS has only one, albeit a big one, but the 6 MPS has two on either side, just like this car in these pictures. We even know what kind of wheels the car will have, and they certainly are not the black ones you see here. Indeed, why would Mazda keep such heavy disguise material on a car that we have already seen in its full production clothes? That’s like Michael Jackson hiding his kids AFTER that whole Berlin balcony episode!

A Mazda2 MPS would be required to make in excess of 140kW/ 187 bhp from a small turbocharged engine in order to dispense successfully of cars like the Fiesta ST, Clio RS and Corsa OPC.