Ford EcoSport facelift spied in Europe ahead of 2017 launch 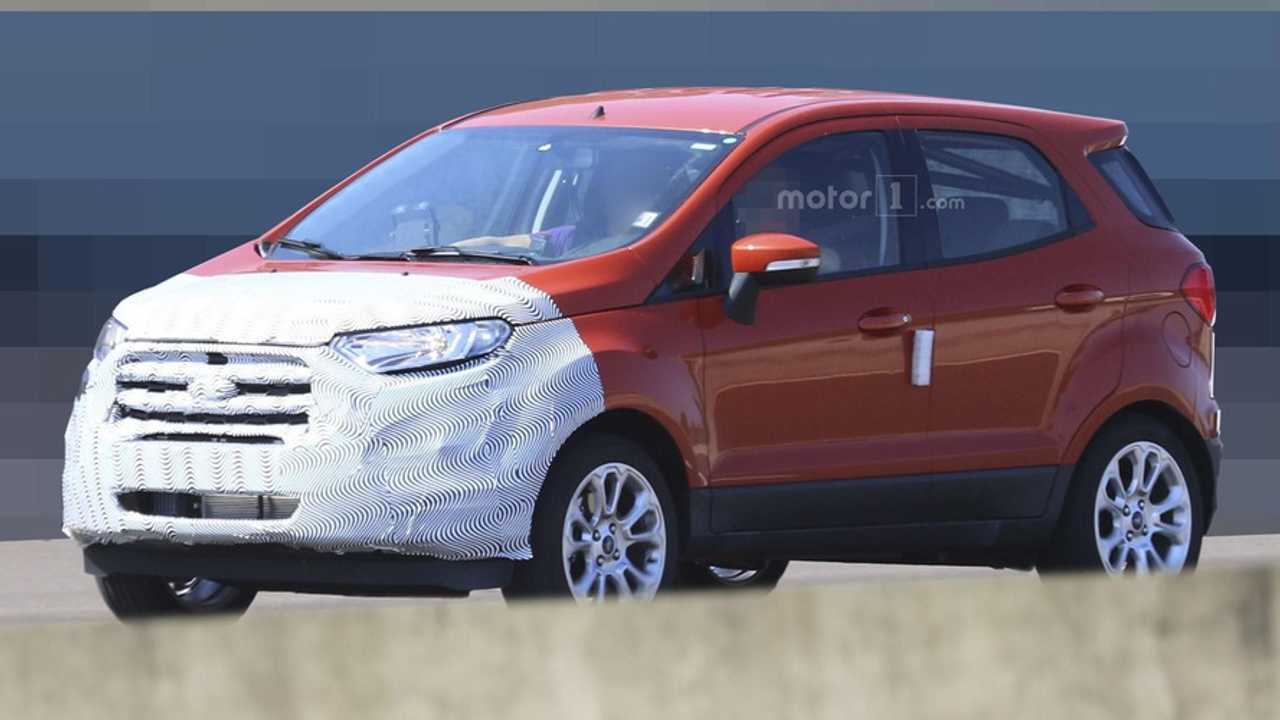 Needless to say, the production version won't have a roll cage.

Ford launched a facelift for the second-gen EcoSport more than a year ago when it removed that god-awful rear-mounted spare wheel and made other visual and mechanical changes. Another update is being prepared and it will be more substantial this time around since the engineers are making the subcompact crossover more appropriate for European customers. The one on sale today was engineered primarily to cater the Indian market, so its quality is not quite on par with other small SUVs sold in Europe.

The Blue Oval is addressing these issues with a reworked version of the Euro-spec EcoSport which will actually be built on the old continent, unlike the current model imported from the Chennai factory in India. The plant in my hometown Craiova in Romania will start assembly of the updated model in the fall of 2017, so look for an official reveal probably in the first half of the year.

The prototype spotted testing on European roads had camouflage only on the front fascia which will likely take cues from the bigger Edge SUV, although this particular vehicle seems to be carrying the current fascia. While the rear end did not have any disguise at all, it’s probably because the test vehicle lacked the changes which are in tow for the Euro-built version.

In a previous batch of spy images, there was a black prototype (pictured above) with U.K. plates and it had some camo at the back as well, thus indicating some revisions are also being prepared in that area. In addition, that one had a different front fascia with revised headlights, a modified grille, and other changes.

There will also be some tweaks inside the cabin where we expect to find Ford’s SYNC3 infotainment system, a revised instrument panel, and possibly a different look for the HVAC controls. It remains to be seen whether the quality of the plastics will be improved to make the EcoSport a more compelling offer in a sea of subcompact crossovers. Also, the prototype’s roll cage obviously won’t be available in the production model.

As far as the engines are concerned, these will likely be carried over from the current model, so expect to find a naturally-aspirated 1.5-liter, the turbocharged three-cylinder 1.0-liter EcoBoost, and the 1.5-liter TDCi turbodiesel. In some markets, the current EcoSport can be had with an all-wheel-drive layout, but it’s too soon to say whether the revised European version will get it as well or Ford will decide to stick to a FWD-only setup.