Here's 30 minutes our poor video producer will never get back.

Fun fact: If your iPhone is hooked up to Apple CarPlay, and someone sends you a text message with an emoji in it, the system will read a description of that emoji out loud. So let's use this (fake) conversation between me and editor-in-chief John Neff as an example: 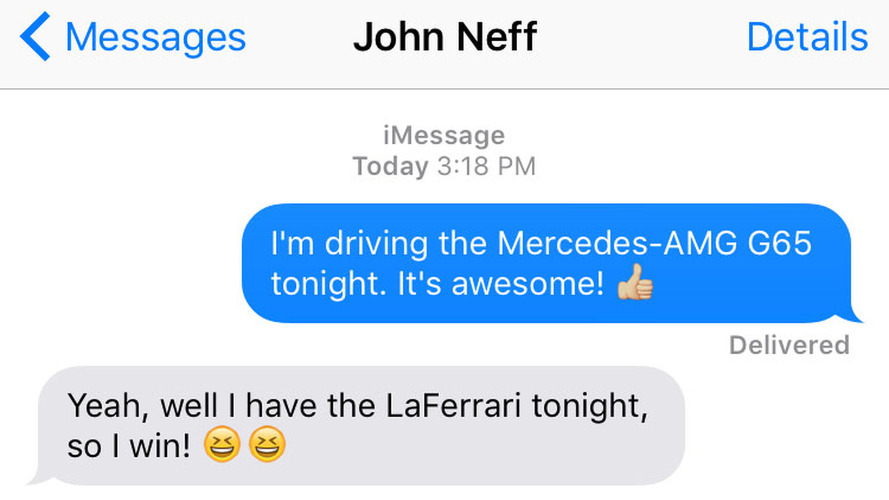 That's exactly what I did last week, and video producer James Bradbury sat inside a very comfortable and air-conditioned 2017 Honda Accord Hybrid for nearly 30 minutes to catch the whole thing on film. Yes, I could have sent even more emojis, since there are different skin tones you can select for the people and hand gestures, but that would have taken all day and James probably would have lost his mind.

If you've got the time, click through the video to watch Apple CarPlay ramble off every single iOS emoji. You'd be surprised how incredibly detailed and elaborate some of the descriptions are.