Bugatti Galibier concept back on the drawing board 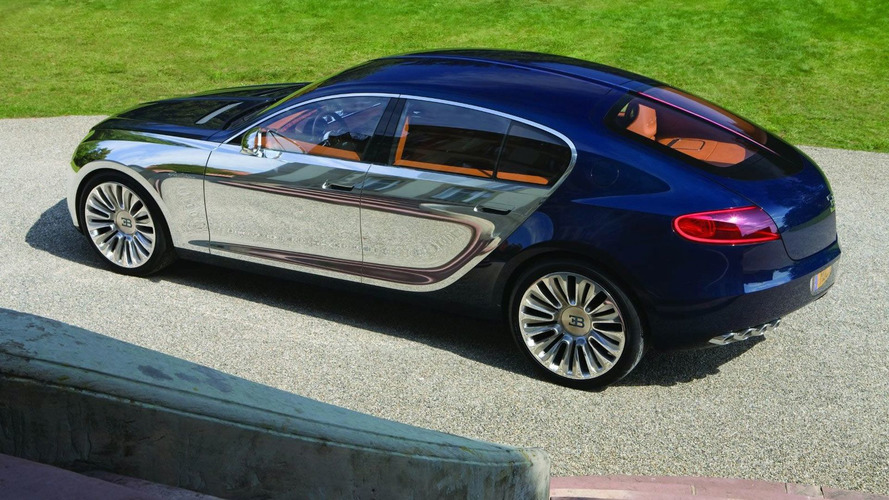 The sedan is one of four new model proposals currently being considered.

Another day, another Bugatti Galibier rumor. We’ve been talking about the French company’s first high end luxury sedan for more than five years, and still there’s nothing official. In early 2014, Wolfgang Schreiber, then brand’s chief, said the Galibier will “dilute the Bugatti philosophy” and that’s why it has been cancelled.

But now, current Bugatti CEO Wolfgang Durheimer hinted the sedan is not dead and is one of four new possible models the automaker could launch in the next years.

“At present I am following up four strategic ideas,” he told Drive. “The Galibier is one. I can't talk about the others.”

That’s pretty vague, but some sources suggest other potential models include a luxury SUV aimed at Rolls-Royce Cullinan, an all-electric luxury car, and a smaller and cheaper supercar, positioned below the Chiron.

But Durheimer is apparently a big fan of the Galibier project. “My heart continues to beat for this car, because we had some revolutionary approaches that no one to date has yet dared to place into production.”

No matter what Bugatti decides on the Galibier, a second model for the brand won’t be launched before the Chiron steps down from the assembly line. “There is an idea to keep on going at Bugatti, but we don't need a line-up with multiple models lines. As an engineer, when you execute an idea you then ask what is the next one,” Durheimer explained.