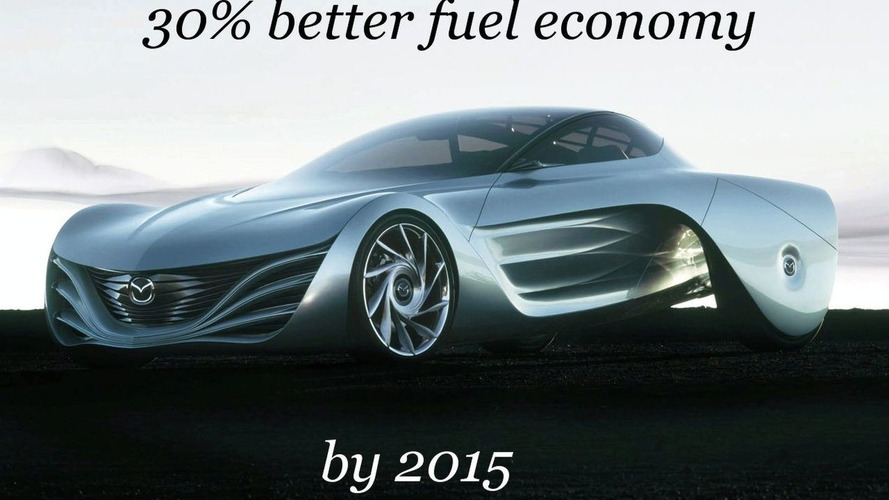 Mazda today made an announcement which should ease at least some of the global warming activists, they have vowed to cut fuel consumption by 30% by 2015 thanks to a entirely new engine line-up by 2015, weight reduction of new cars by 100 kg starting 2011 and the introduction of their own Smart Idle Stop System by 2009.

It may a bold statement, but Mazda has done exactly the same thing between 2001 and 2008 in Japan where Mazda cars improved their mile-per-gallon numbers by 30%.

First on the menu is Mazda's Smart Idle Stop System which is scheduled to make it to Japan and Europe by 2009, other markets will most likely follow later. Mazda's version of the stop-and-go system injects fuel straight into the cylinder where it ignites the fuel and forces the piston down. The result is a quiet restart and an even better fuel efficiency level, some 7 to 8 percent over the competitors.

By 2011 Mazda plans to launch a range of new engines, including an E85 capable engine, new diesel engines and gasoline engines featuring their new Direct Injection Spark Ignition system for a 15-20% fuel consumption cut. The next, more fuel efficient rotary engine, currently known as the 16X, will find itself into engine bays by early 2010.