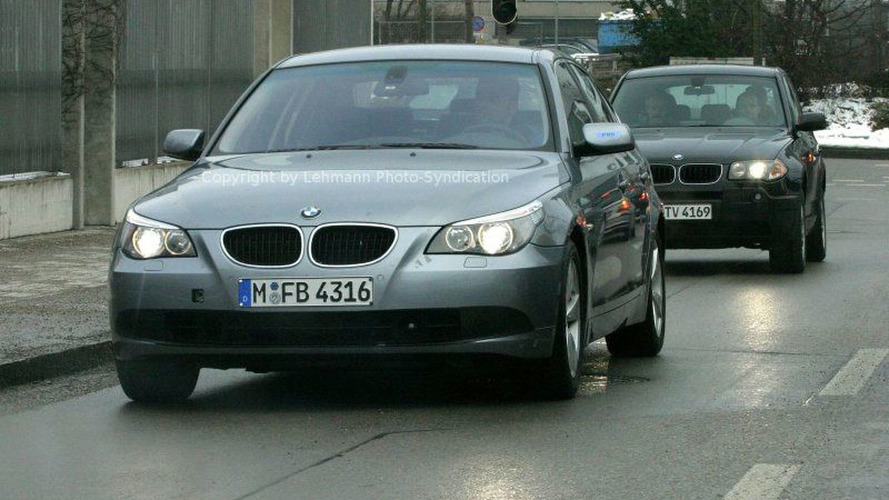 Both, the Bavarian BMW and Daimler-Chrysler are preparing to remodel their two competing middle range models BMW 5-series and Mercedes E-Class.

The BMW 5-series which has been on the market since spring 2003 will come out in spring 2007 as a restyled version. The photos are showing a prototype during a test drive in the city traffic of Munich. It is featuring new big air intakes in the front skirt and a modified rear end.

DaimlerChrysler’s E-Class model has been on the market since March 2002 and is about to get a restyling due for launch a year earlier than its competitor, in July 2006. The photos are showing a sedan without disguise from all angles. [Editor's Note: a very minor strip of tape was removed by computer]

The modifications include a new front grille with thicker ribs, a front skirt with three air intakes , mildly modified headlights and a new taillight design. Furthermore rumours say that the current SBC brake system is to be replaced by a conventional one.