This ’87 Suzuki Samurai is the 4x4 Collector’s Jeep Alternative 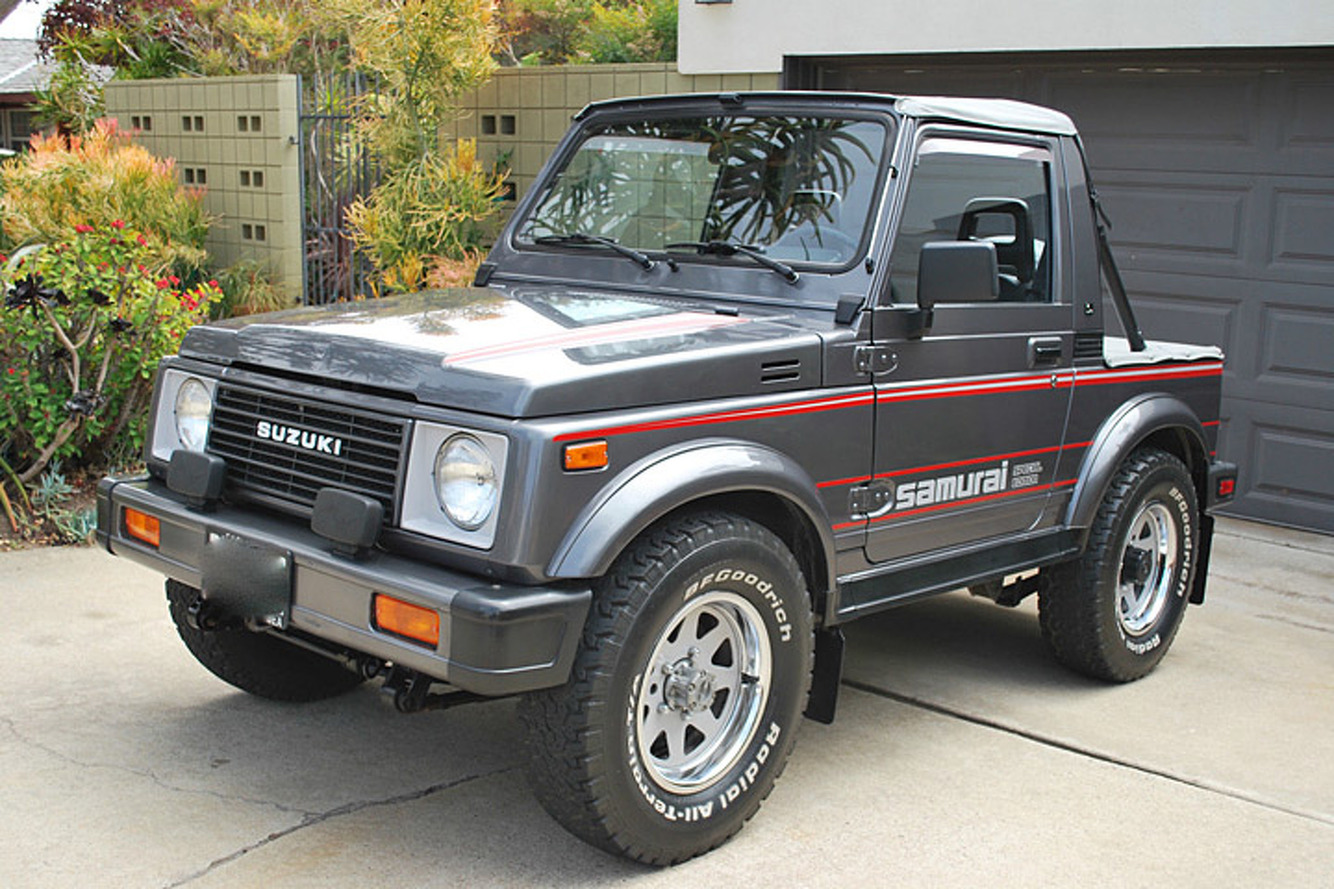 This ’87 Suzuki Samurai is the 4x4 Collector’s Jeep Alternative

Automotive rivalries aren’t just waged on pavement and drag strips (not to mention showroom floors), they’re also fought where the road ends and when the going gets tough: off-road. And in the 1980s, that battle was markedly apparent.

4x4 icons like the original Jeep Cherokee, Toyota 4Runner, Jeep Wrangler, Nissan Pathfinder, and Isuzu Trooper all battled it out for off-road supremacy and to fill the burgeoning SUV market. One of the more fringe 4x4s however was this lovable little trucklet, the Suzuki Samurai. This particular 1987 "Zuki" (or "Sami," if you prefer) looks to be a remarkably well cared for example, showing just 59,900 miles to its name. It recently surfaced up for sale on eBay, and if you’re contemplating the purchase of a classic Jeep, this could be the 4x4 that changes your mind.

Introduced into the US market in 1985, the Suzuki Samurai was wonderfully simple in every way possible. It had a rugged four-wheel drive system, low-tech leaf springs at each corner, an interior that made no bones about its lack of frills, and an engine that could tolerate unthinkable abuse. In fact, many did. These unashamedly bare bones 4x4s often outclassed many of their more mainstream rivals off-road, thanks to their light curb weight and short wheelbase. Hit the trails in the late ‘80s and early ‘90s and you would have surely seen some of these Suzukis scampering around bogged-down Wranglers, 4Runners, Broncos, Blazers, and the like. Everyone loves an underdog! It is worth mentioning they weren’t so spry at highway speeds… there’s only so much the 1.3-liter, 63 horsepower four-cylinder engine can give. This Samurai however would appear to have led a quieter—and albeit, more mud-free—life though. Inside, outside, and underneath it presents in remarkable condition for its age and off-road pedigree.

Noted to be a "JX SE" model, the “JX” package is said to have added a few interior refinements according to Barnfinds, such as a dashboard clock and tachometer, while the “SE” package spec’d up grey wheels, a two-tone paint job, matching interior trimmings, plus two rear seats instead of the typical bench. According to the listing, the little ute has been driven only 1,500 miles or so since 2009, when the current owner acquired it, which is reflected by its rather pristine appearance. Need it? So far, bidding on the super clean Suzuki Samurai slices in at just over $4,500.