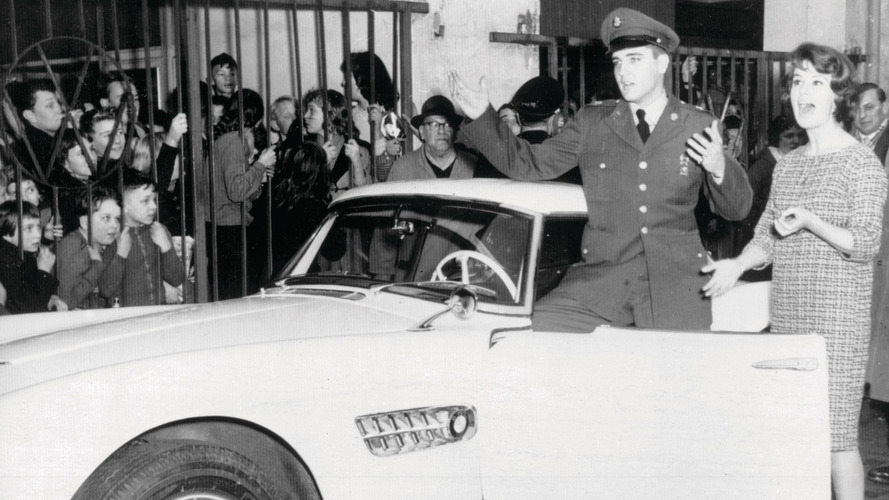 Unhappy with the Feather White finish, 'The King of Rock n' Roll' had it painted in red.

It was a little over two years ago when BMW announced plans to bring back to life a 1957 507 Roadster. Now, it’s ready to show it. Before you say this is not exactly newsworthy, we must mention the car had a very special owner at one point in its life, none other than 'The King of Rock n' Roll' himself, Elvis Presley.

While serving his obligatory two-year army duties, he set his eyes on the car in southern France when hill climb champion Hans Stuck raced it at the Autodrome de Linas-Montlhéry in March 1958. Later that year in December, Elvis leased the very same car.

He wasn’t too fond of the Feather White paint and decided later on to have it painted in red. In addition, he paid to have the 3.2-liter V8 rebuilt since you can imagine it must have taken some abuse while it was being raced.

Fast forward to July 2014, BMW Group Classic got its hands on the car and has been working on it ever since. After two years of restoring it, BMW is finally ready to show the rejuvenated 507 Roadster which has been painted back to its original white hue. It’s going to make a public debut on August 21 during the Pebble Beach Concours d'Elegance.

With BMW celebrating its centenary in 2016, the company will also have at the event a wide variety of historic models, from pre-WWII classics and race cars to those very cool art cars signed by Alexander Calderand and Jeff Koons.

It was March of 1958 when Elvis Presley first fell in love. The object of his affection, to the dismay of many young ladies, was a 1957 BMW 507 roadster.

Already famous, and serving an obligatory two-year hitch in the Army, Elvis was stationed in Germany when he witnessed hillclimb champion Hans Stuck race a 507 at the Autodrome de Linas-Montlhéry in southern France. "The King of Rock n' Roll" leased that same roadster in December 1958.

The color of the 507 was soon a worry. It was a Feather White when it came into the King's possession, but it was quickly covered in kisses, phone numbers, and messages—often written in red lipstick. Elvis eventually repainted the roadster a flashy red to camouflage the marks and had its 3.2-liter V8 engine rebuilt.

It took Albert Graf Goertz only three sketches to design the lines of the 507 roadster we know and love today. The prototype was first shown at the Frankfurt Motor Show in 1955. It had a top speed of 205 km/h (127 mph) and made a remarkably significant contribution to Bayerische Motoren Werke's image. Of the 254 BMW 507 models that were made, almost all of them still exist today.

The ultimate celebrity automobile, Presley's 507 was featured in international magazines and even had a role in a minor movie. By 1960 the car made its way to the United States and was campaigned by Tommy Charles. After passing through several other owners, Jack Castor purchased it in 1968 and kept it for decades.

Now in the care of BMW Group Classic, the car has received a complete restoration over the course of the past two years. The restored BMW 507 "Elvis Presley" roadster—now back to its original Feather White—is making its public debut at the 2016 Pebble Beach Concours d'Elegance Sunday, on August 21.

BMW is celebrating its 100th Anniversary this year, and the Pebble Beach Councours d'Elegance will present an exciting array of historic models from pre-WWII classics and race cars, to a pair of the company's much-heralded Art Cars by Alexander Calderand Jeff Koons.