Bulgarian and British tuners get together for Range Rover project 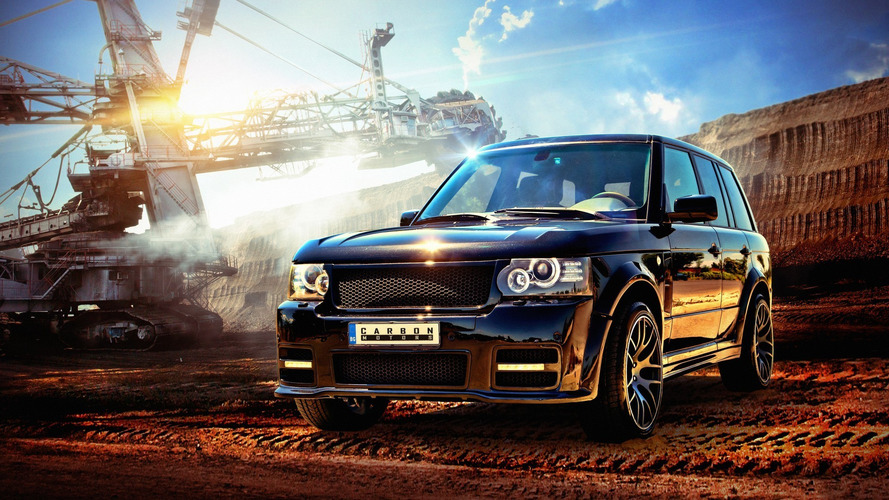 Work kicked off on the outside where the plush SUV gained a complete body kit developed by U.K.-based Onyx Concept. There are beefier front and rear bumpers along with a custom diffuser and new exhaust tips lending the Range Rover a more aggressive appearance. The front fascia has also been subjected to a series of changes and it’s now wearing modified upper and lower grilles along with a set of LED daytime running lights.

While the body has gone through many changes, the interior cabin is actually the real eye-grabber. Carbon Motors headquartered in Sofia, Bulgaria decided to go with a teak brown and black combo for the new leather seat upholstery featuring brown stitching.

A similar look is also noticeable on the door panels, steering wheel, central armrest, and on the upper area of the dashboard, while the pillars and headliner are covered in Alcantara also with matching stitching. Some of the cabin bits and pieces like the central dashboard and rear console have received the carbon fiber treatment, and even the cup holder area is now clad in carbon.

It seems Carbon Motors, not to be confused with U.S.-based Carbon Motors Corporation, has a soft spot for high-riding models as its previous project was based on a Mercedes G-Class, specifically a G500 model.

An interior project by Carbon Motors:

A wide Range of Luxury

The Rover Company was experimenting with off road vehicle since the 1950s. The Range Rover, tough,  was only launched in the 1970s and named at the  Musée du Louvre in Paris "an exemplary work of industrial design". Quickly Range Rover assumed the reputation of the ultimate vehicle for landed aristocracy

Carbon Motors took its own view on the interior of this already classy vehicle. Starting with custom design sketch, our team changed totally the cabin's looks. The interior is  now a combination of leather in teak brown and black. There is decorative brown stitching to underline the strong character of the vehicle. All interior trim elements are carbon coated and varnished with scratch resistant cover.  The headliner and pillars are in black Alcantara and again in decorative stitching. Last but not least, the cup holder is also carbon-fiberized.

The body kit of the presented Range Rover is produced by Onyx Concept, UK.