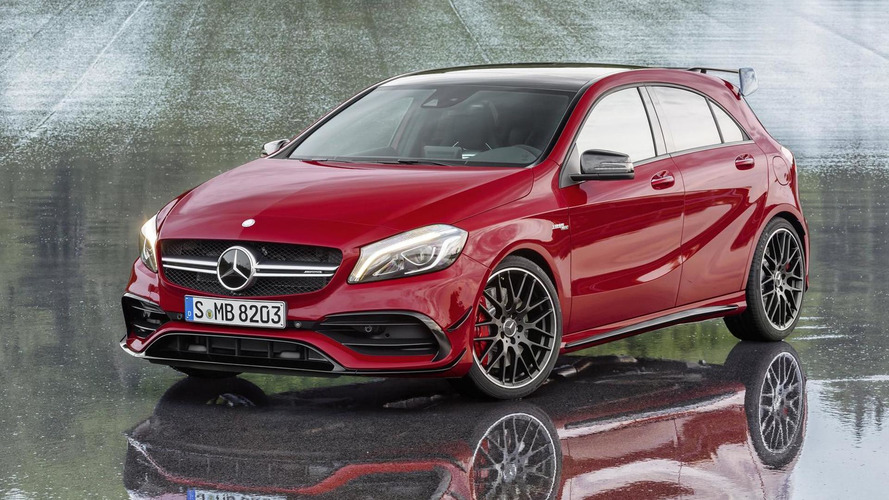 The hot hatch will be joining the world of supercars.

As if it weren't fast enough already, the Mercedes-AMG A45 is going to become an ever hotter and more powerful vehicle in its next generation. Aimed at the next Audi RS3 and the BMW M2, the super hatch will receive a power boost of about 25 horsepower (18 kilowatts), totaling the output at roughly 400 hp (294 kW).

Yes, that’s nearly a supercar power and Mercedes knows that very well. That’s why the 2.0-liter turbocharged engine will be mated to a new nine-speed automatic gearbox with two clutches, replacing the current seven-speed auto, and making its debut on less powerful versions of the next A-Class in the end of 2018.

But that’s not everything. The engineering team has the main goal to achieve a 0-62 miles per hour (0-100 kilometers per hour) acceleration in less than four seconds, and will retune the four-wheel drive system of the car and the electric differential. To put that sprint time into context, the A45 will be faster than supercars like the 2012 Audi R8 Spyder 4.2 V8 FSI and 2015 Aston Martin DB9 GT, for example.

The next generation A-Class family is expected to arrive in 2018 and to be bigger than ever thanks to the addition of a plug-in hybrid variant. Now in early stages of development, the vehicle will be slightly larger than the current model, but will retain similar kerb weight thanks to the use of more aluminum in the body structure.