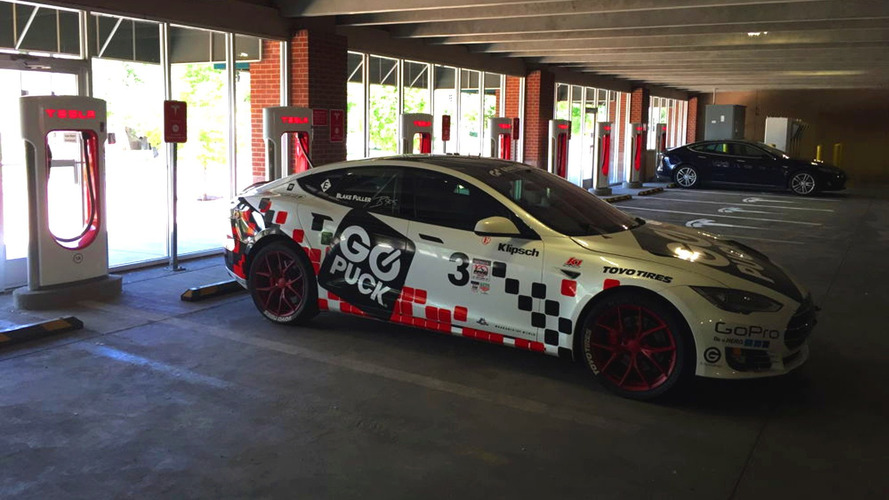 A rather undignified fate, this.

I often wonder what happens to old race cars when they are retired from competition. I hope they enjoy a comfortable old age, but I suspect most are simply stripped for parts or else just left to rot in the owner’s garage. At least that fate makes a certain kind of sense, though. What’s happened to this Tesla Model S since winning its class at Pikes Peak last month doesn’t.

The GoPuck Model S took victory in the production electric vehicle class, driver Blake Fuller setting a record time of 11 minutes, 48 seconds. But for weeks since then, the car has sat at a Supercharger station in Colorado Springs, apparently abandoned.

The on-line Tesla community has been rife with speculation about what is going on - and complaints about the discourtesy of taking up a Supercharger space for weeks on end - but no-one seems to know the answer.

As CEO of GoPuck, it seems logical that Blake Fuller would be the owner of the car. However, it seems unlikely he would leave it to rot , so there must be something else going on.

We do know this, though. The parking structure that houses the Supercharger starts charging for spaces after an hour, so whoever comes to claim the car will have a huge bill to pay.