This Land Rover Defender ‘Beast’ Has the Heart of a Corvette 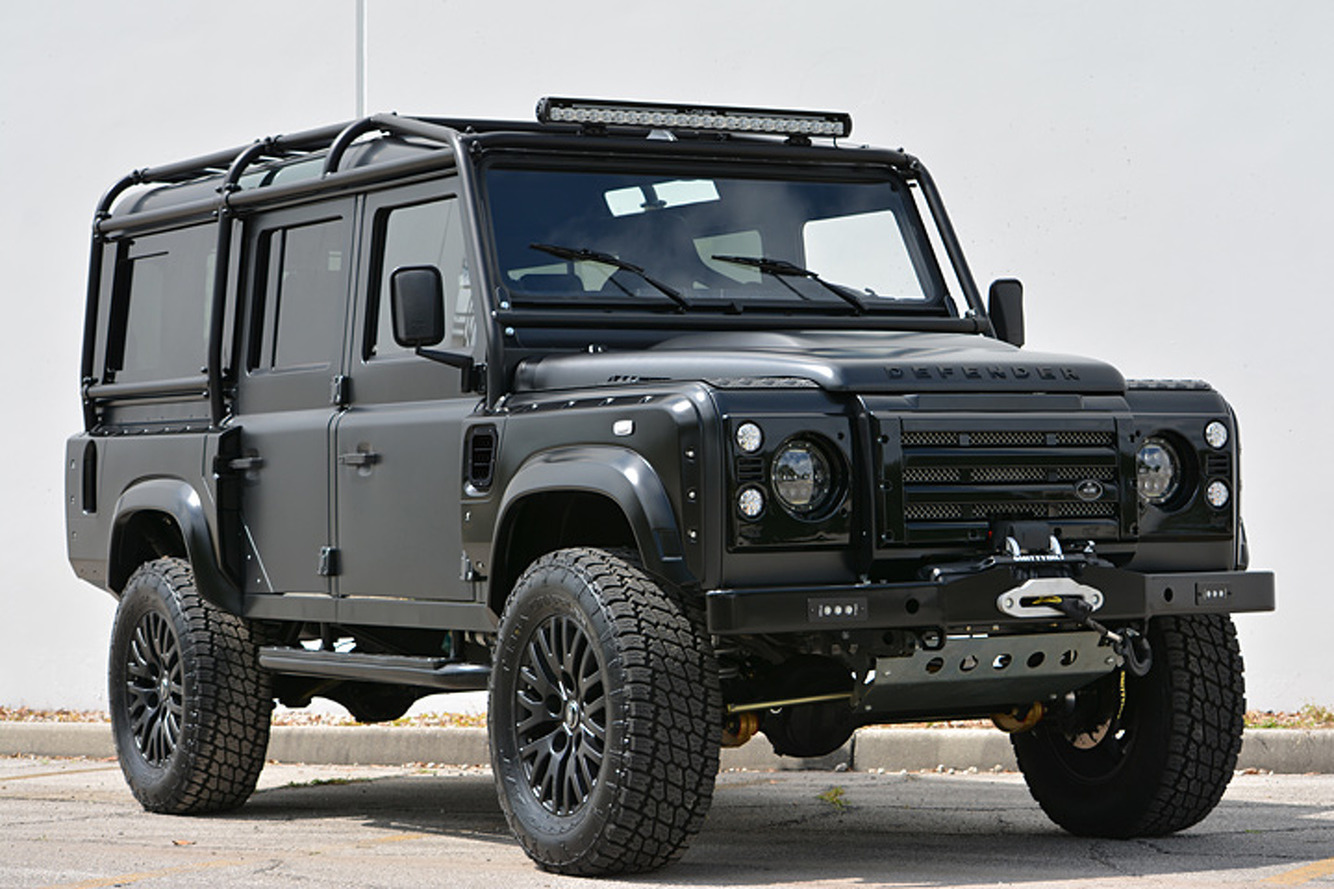 There are countless ways to make a classic car go faster—everything from racier suspension components to heady motor mods. But ask many devotees of speed how they’d do it, and they'll give you a common answer. Swap in a small block Chevrolet V8.

Small block Chevys, especially LS series engines, have been the go-to for V8 engine swaps for years, and that is precisely the route East Coast Defender (ECD) went when modifying their latest project truck, nicknamed ‘Beast’. Beneath its hulking Land Rover Defender 110 body lives a Chevrolet LS3 V8, the type you’d find in the late-great C6 Corvette. Bone stock, you’d have to measure this truck’s run to 60 mph in geologic time. Now, it manages the run in just seven seconds. Considering its massive size and heft, that’s pretty darn sprightly. RELATED: The Bowler EXR-S is a Supercar in Range Rover Clothes

Blasphemous? Not in the slightest, think of this as the best of both worlds—American power meets British off-road heritage. A match made in, well…Kissimmee, Florida. That’s where East Coast Defender builds its hardcore Landies. While ECD didn’t reveal the Beast’s total horsepower, stock Corvette LS3 crate engines generate 430 ponies. To handle that additional grunt, East Coast Defender upgraded this truck with one of GM’s tried-and-tested 4L80E automatic transmissions. Heavy duty Ashcroft drive shafts and axles massage that Corvette power into the ground, helped along with a pair of limited-slip differentials. Need to engage four-wheel drive? ECD swapped out the Defender’s old lever-style shifter for a modern push-button unit. Pretty slick. RELATED: Why the 2017 Corvette Grand Sport is a Sports Car Bargain

You wouldn’t know there’s a Corvette V8 living under this brute from the outside, but a quick look at its equipment would suggest it isn’t your typical Landie. A Magnaflow exhaust carries those burbling horsepowers rearward, and past a two-inch Terrafirm suspension lift kit, eight-piston front brakes, six-piston rear brakes, and an aggressive Wild Bear bumper with a 10,000 pound winch hanging off the front. Its looks are further sinistered-up with an aggressive Kahn widebody package too. Contrasting its rather brutish exterior, the Beast’s interior is very upscale and well appointed. Hand stitched leather weaves its way across the dashboard, door cards, and console, pairing well with a set of Corbeau leather racing seats, a Momo steering wheel, and an eight-speaker JBL sound system. Sure, it may be a bit too pretty to thrash through empty deserts or dense jungle trails, but if you should decide to do so, the Corvette powered ‘Beast’ would surely suffice. RELATED: Surprise! The Land Rover Defender isn't Dead Yet! Follow @BoldRide