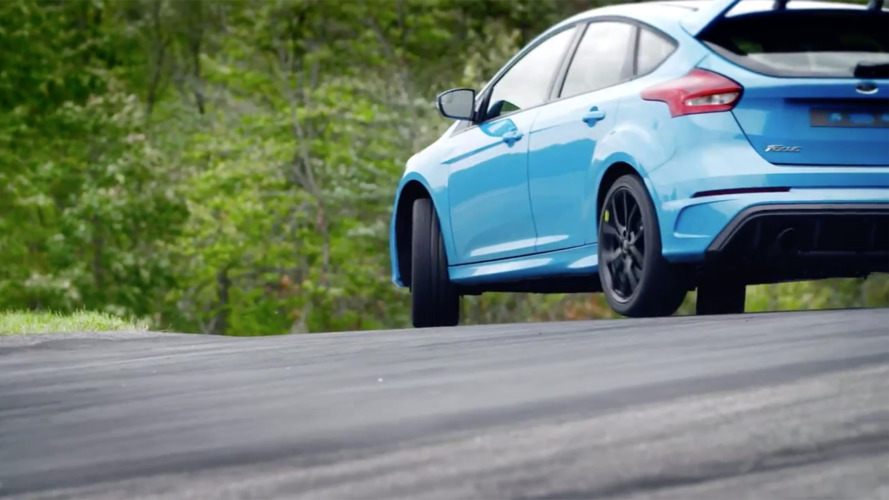 Engineers happened upon it whilst calibrating the 4WD system.

Drift Mode has been a brilliant marketing device for the Ford Focus RS. But according to Ford Performance engineering head, Tyrone Johnson, the engineering team behind the car only happened upon the setting while developing the four-wheel-drive system.

To recap, Drift Mode works by channeling up to 70 per cent of the car’s power to the rear axle, and up to 100% of that can be sent to either rear wheel by the twin-clutch 4WD, creating a torque vectoring effect.

“And they are talking and he says ‘oh let me try this out’ and he tries it and he says ‘oh that’s cool can you give me more of that’ and he gives him more and he says ‘that’s really cool’ and then it starts working. I guess it’s just because we are a bunch of crazy guys. We just do things,” Johnson added.

But even then, it wasn’t signed off until it had been demonstrated to Ford’s global development boss, Raj Nair. According to Johnson “it was actually Raj who said we have got to market this, this is a cool feature. We need to make this a prominent part of the program, as opposed to a side note.”

Ford is facing calls from Australian road safety groups to disable Drift Mode. Johnson responded: “You can cause damage with any car, so should all cars be banned?”