The 2016 Ford Mustang is Officially a Monopoly Piece 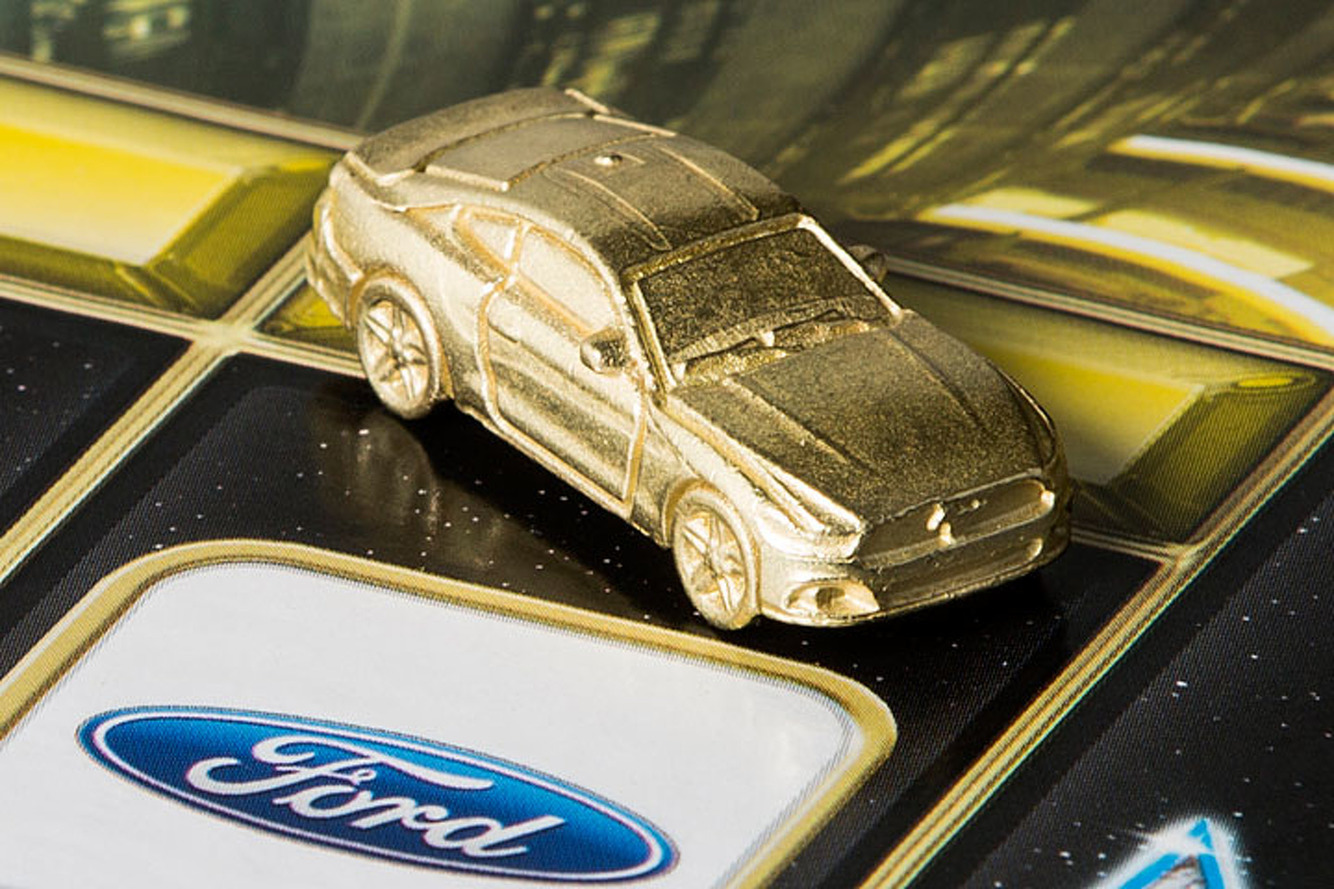 Over the years there have been hundreds of special edition Monopoly game pieces, from miniaturized superheroes to tiny Coca-Cola bottles, and everything in between.

But in Monopoly’s latest special edition, Monopoly Empire, the classic board game is getting a tiny injection of performance in the form of a new game piece—the 2016 Ford Mustang. The new edition celebrates the world’s greatest brands and pits players against one another to buy up top brands and build their own empire, all while collecting rent from rivals. For players looking to ‘round the board at top speed, perhaps the new Mustang piece is a best bet. Other pieces include a Xbox controller, a Puma running shoe, a CAT excavator, a Wilson tennis racket, and Optimus Prime’s noggin.

This isn’t the first time an American automotive icon has rounded the famed Monopoly board however. NASCAR got its own special edition in the late ‘90s, the Chevrolet Corvette earned its own set with six mini Corvettes in 2003, and Ford has actually had a few different sets: one celebrating its centenary, another for the Ford Thunderbird, and another for the Mustang’s 40th anniversary. Your pick, which game piece do you choose?