Subaru Is Working On A 300HP Mid-Engine Coupe, Says Report 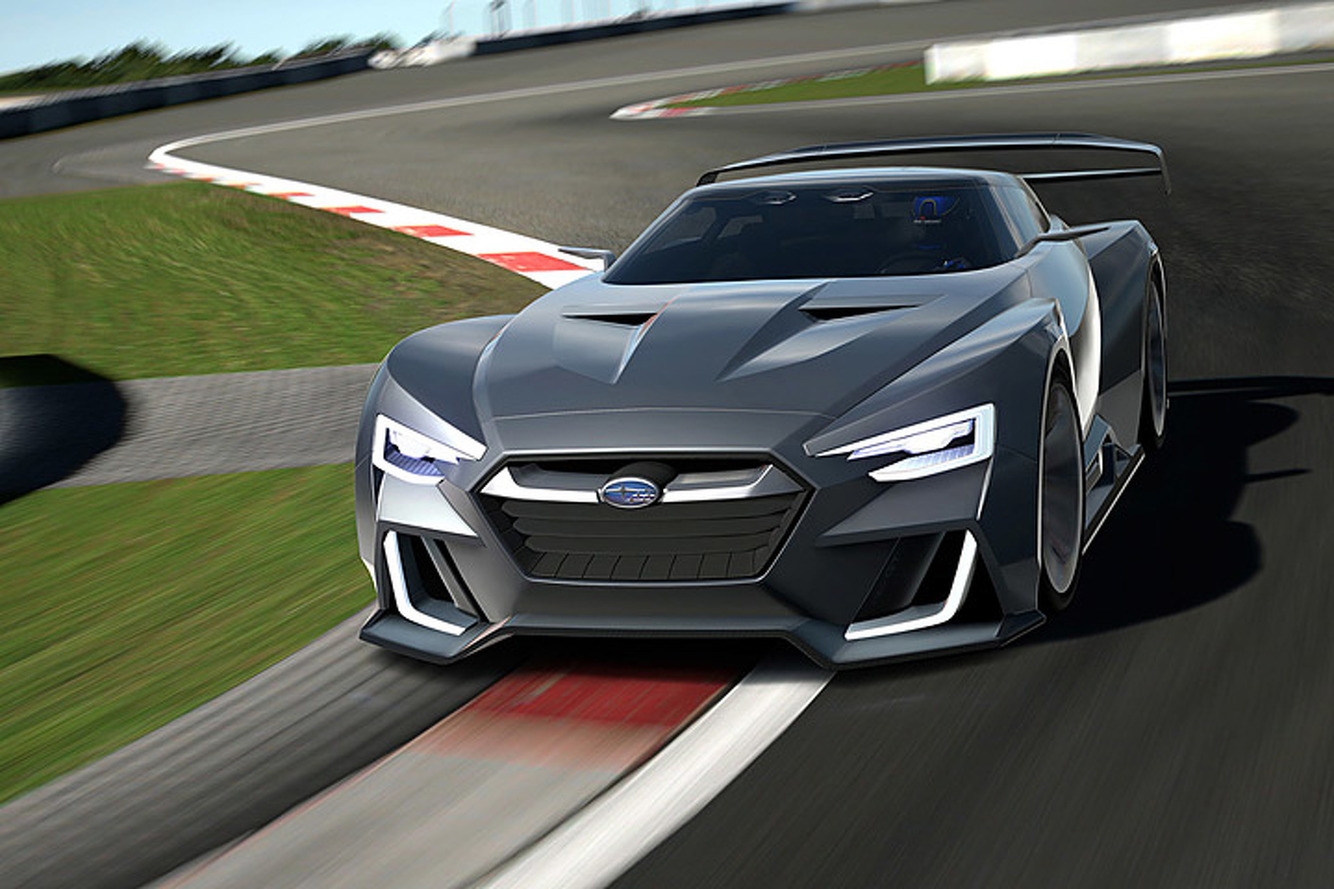 Subaru is Working on a 300HP Mid-Engine Coupe, Says Report

The current boom in crossover vehicle demand has been met with many success stories over at Subaru of America—the company’s Forester, Outback, Impreza, and XV Crosstrek continue to grow their sales at breakneck pace.

The rumors are back!

However, it appears Subaru’s US dealers want a little bit more from the Japanese auto giant, and a Car and Driver source says that’s exactly what they’ll get. According to the C/D report, Subaru is currently testing a mid-engine, turbocharged, hybrid, all-wheel drive coupe around its Tochigi proving grounds in Japan. What a mouthful. Said to be an early prototype using a modified Subaru BRZ as its base, the coupe features a mid-mounted boxer engine, which will power the rear wheels with the aid of a single electric motor. At its nose, two electric motors will drive the front wheels, while power is managed to all via a complex torque vectoring system—a layout somewhat similar to the new 2017 Acura NSX.

So is the svelte coupe pictured here it? Sadly, no. The vehicle pictured here is Subaru’s epic VIZIV GT concept, part of the Gran Turismo 6 Vision GT series. However, it too was powered by a similarly described hybrid setup, though admittedly it summoned 591 horsepower and 593 ft.-lb. of torque when it debuted on Playstation screens. If green-lit for production, the mysterious Subaru super coupe would ride atop the company's recently announced Subaru Global Platform, which will underpin all future vehicles. The report also references a 1.6-liter turbocharged boxer engine à la the Japanese domestic market to be the car’s expected combustion engine of choice.

As far as horsepower goes, the C/D source suggests somewhere in the region of 330 ponies, which would align this coupe both in form and performance with the new 2017 Porsche 718 Boxster and Cayman. While this news may come as a welcome message to the Subaru faithful, it is in no way confirmed, and if it were to be, said confirmation would likely be years down the line. If there is one slight question to ponder, it would be the alleged coupe’s effect on the current Subaru elite—the lauded WRX, STI, and BRZ. The automaker is undoubtedly not looking to cannibalize its own performance vehicles in search of higher profit margins, but at the same point the BRZ may have an uncertain future to begin with. Regardless, this is one story we’ll anxiously be awaiting clarity on.