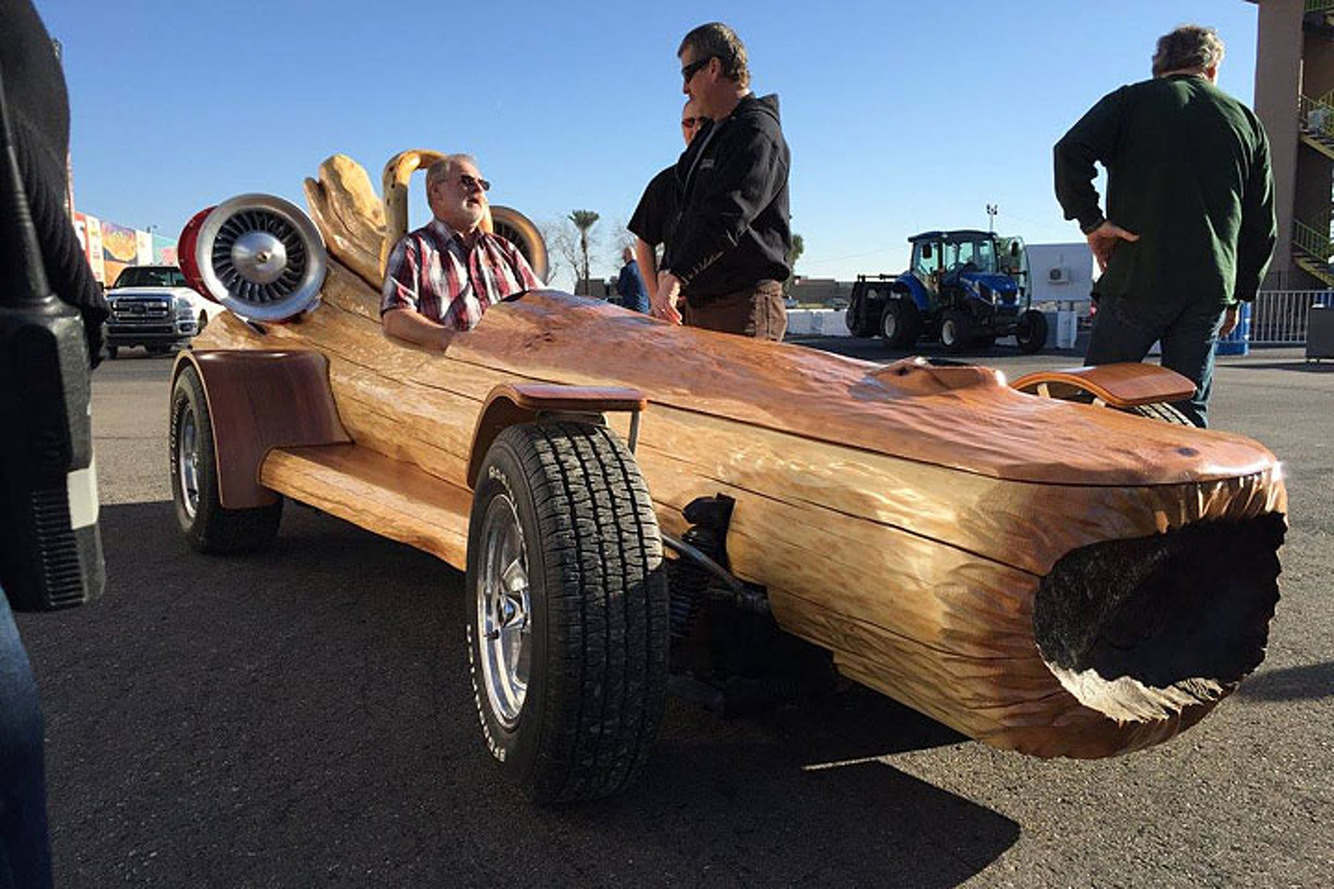 Until January 20th that rather unlikely title had yet to be crowned.

If you can think of a challenge, someone has likely already set a world record doing just that. The world’s largest pizza? 13,580 square feet. The fastest 100 meters skateboarded by a dog? 19.65 seconds. The most toilet seats broken by the head in one minute? A head-aching 46.

But the fastest log car? Until January 20th that rather unlikely title had yet to be crowned. Now of course, it has, and the stars of HGTV Canada’s Timber Kings are the official Guinness World Record holders, set at 47.64 mph through the quarter mile. Meet the “Cedar Rocket.” RELATED: This LEGO Camping Trailer is Officially the Largest in the World

The record-winning craft, driven by the show’s star Bryan Reid Sr., was crafted from one section of a 240-year-old Western Red Cedar, according to The Province, and it took a team of volunteers over 3,000 hours to turn the aged tree into a street machine. At its core, pardon the pun, lives a steel frame borrowed from a Mazda RX-8, which now comes equipped with a 35-horsepower direct-drive electric motor and a bank of lithium-ion batteries. The twin turbines are mostly for show. All told, the Cedar Rocket weighs in at around 2,000 pounds, of which 500 pounds are batteries alone. The momentous quarter mile speed test took place at Arizona's Wild Horse Pass Motorsports Park, at which point Reid had to make two separate passes at speeds above 50 kilometers per hour for the record to stick. According to Guinness World Records, he averaged 76.625 kph (47.64 mph). Reid told The Province, “It drives unbelievably, it is so stable.” RELATED: This Twin-Turbo Ford GT is the World's Fastest Road Car

The Timber Kings team first dreamed up the world record stunt while attending the Barrett-Jackson auction a few years ago. Commendably, that’s exactly where the Cedar Rocket will end up next year. The team will auction off the record-setting log car in 2017 with all proceeds benefitting veterans’ charities. Photo Credit: Timber Kings RELATED: Watch an RC Car Break a 200 MPH World Record Follow @thetirekicker