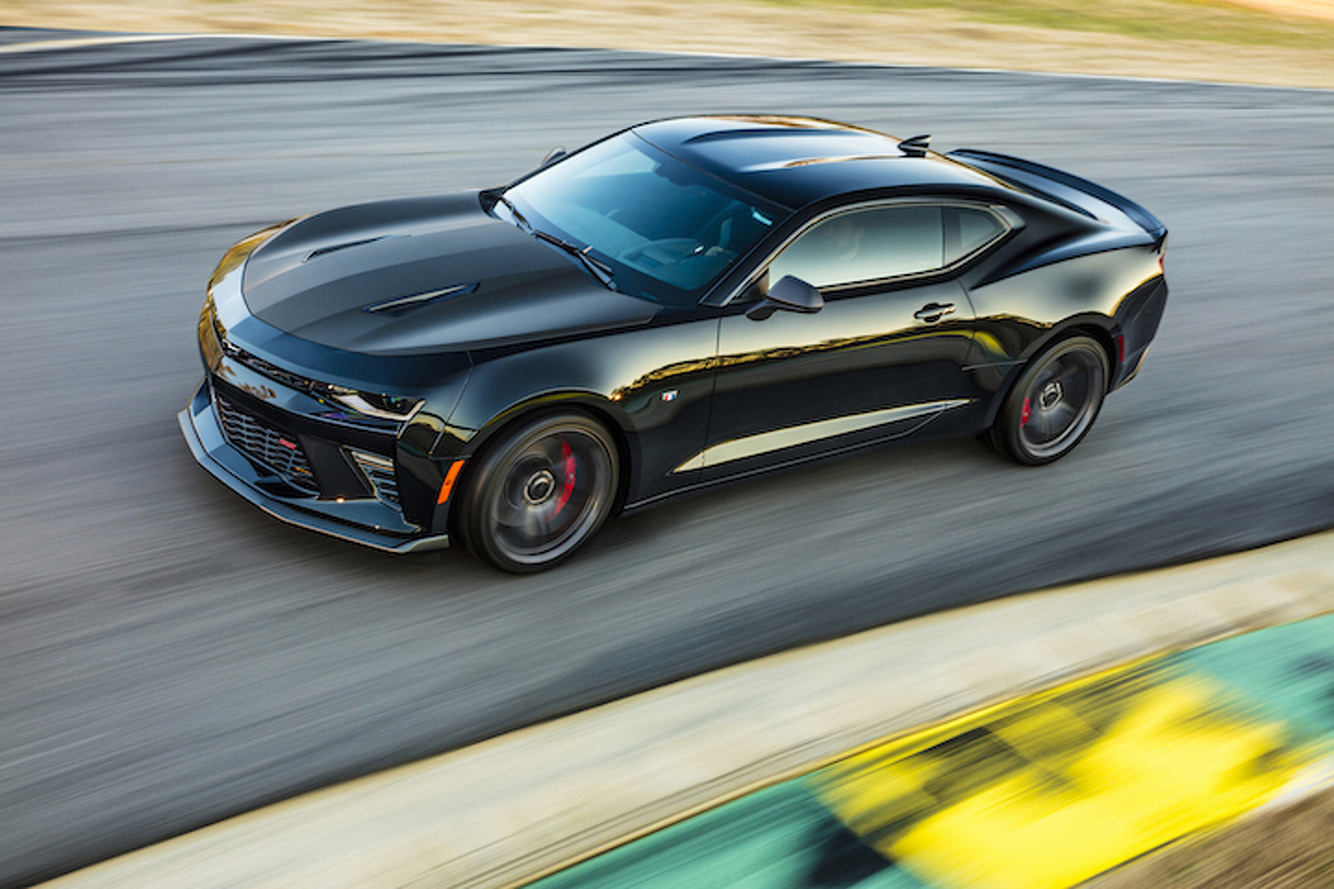 With the brisk winter air beating down on the poor, unsuspecting Chicago Auto Show goers, Chevy hopes that its new reveal will bring some warmth to McCormick Place. And why shouldn’t it? The 2017 Camaro 1LE looks hot, and comes in two new flavors.

First we get a taste of the new V6. It’s the same 335-horsepower 3.6-liter V6 you’ll find on the standard Camaro, but the entire vehicle has been given a bit extra oomph. Lightweight 20-inch forged aluminum wheels wrapped in Goodyear Eagle F1 tires highlight the new Brembo 4-piston brakes, and FE3 suspension components.

Essentially what Chevrolet did, was take the suspension components of the SS—dampers, rear cradle mounts, ball-jointed rear toe links and stabilizer bars—and shifted them to the V6 1LE. That new on-track performance comes with some interior enhancements as well. Suede—suede everywhere. From the steering wheel to the short-throw shifter to components of the dash, most things are covered in suede. That includes the optional Recaro seats, though, Chevy doesn’t say how much those babies will set you back. But say you’re a man (or woman) in pursuit of more power. You might want to opt for the SS 1LE, which carries a 6.2-liter V8 and 455 horsepower. Not too shabby.

Like the V6 1LE, the SS 1LE gets a healthy heaping of upgrades to make it more oriented for the track. Magnetic ride control comes standard, as do the same forged aluminum wheels and Goodyear Eagle F1 tires from the V6. Virtually all the suspension components and interior enhancements of the V6 and V8 1LE package are the same, excluding the V8’s magnetic ride control and increase in power. Whichever way you decide to go with it—V6 or V8—you can’t go wrong. Chevrolet’s 1LE package has been around since 1989, and continues to get better. Check out both on display at the Chicago Auto Show later this week.