Be Afraid: Halloween is the Second Most Active Holiday for Car Thieves 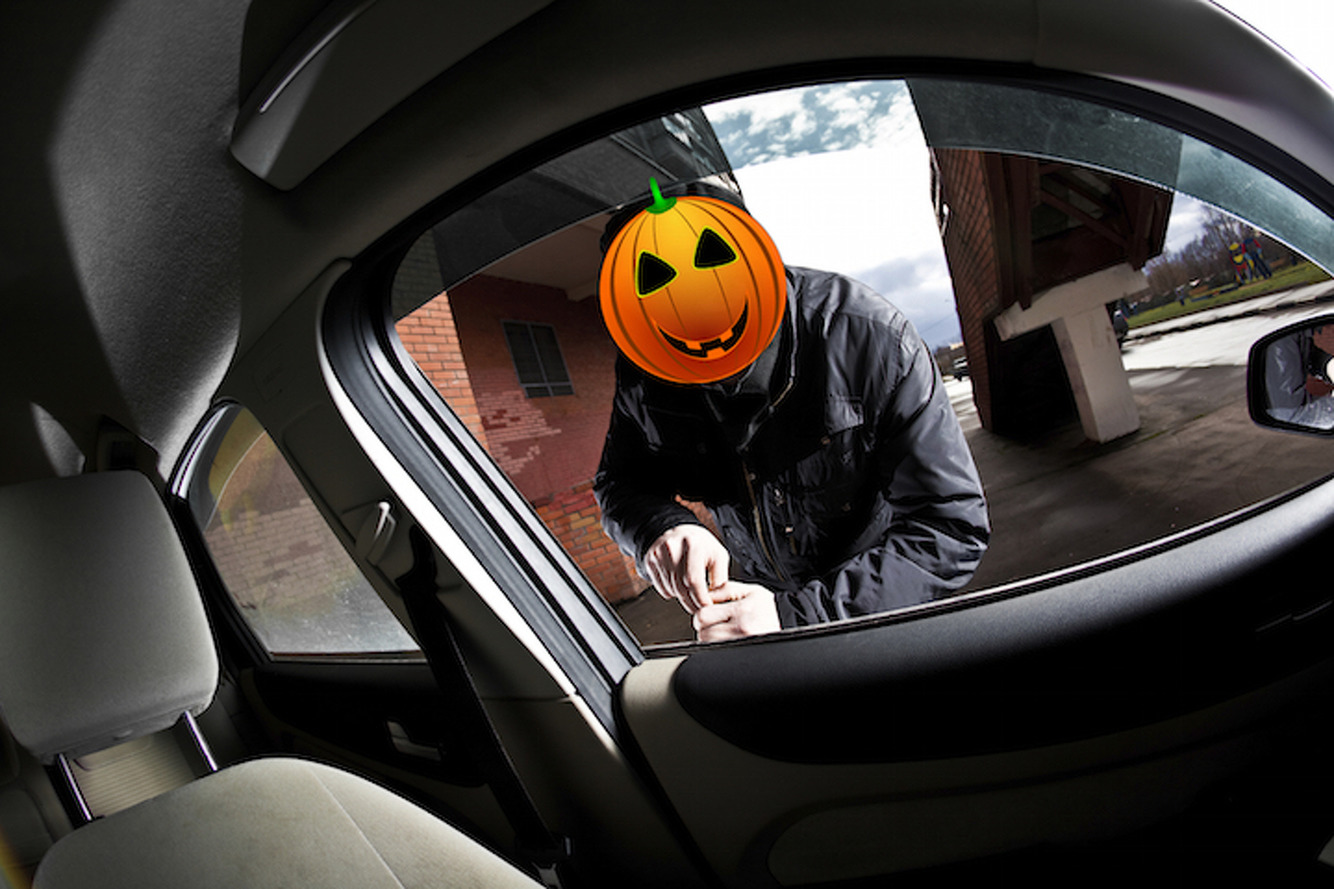 While all the kids are out and about, going house-to-house loading up on sugary treats, car thieves are waiting in the shadows looking to jack your car right from under your nose. At least, that’s according to a study done by the National Insurance Crime Bureau.

With 1,998 cars stolen on Halloween in 2013, that’s the second most active holiday for car thieves, just behind New Year’s Day (2,184). Coming in behind Halloween is Thanksgiving at 1,353 cars stolen, and Christmas Day with 1,224 cars stolen. Seems like car thieves don’t take holidays.

Surprisingly, the most thefts that occurred in 2013 took place on August 12th with over 2,316 cars missing. Though, no one is entirely sure why that day lead to more missing cars than any others. But missing cars are just the tip of the iceberg on Halloween night, NICB warns. “Aside from vehicle thefts, vehicle burglaries also increase in activity,” said NICB in a statement. “Drivers should make sure they park in well-lit areas to keep packages in the trunk. Leave nothing visible in the interior and, as always, ensure your vehicle is locked before leaving it.”