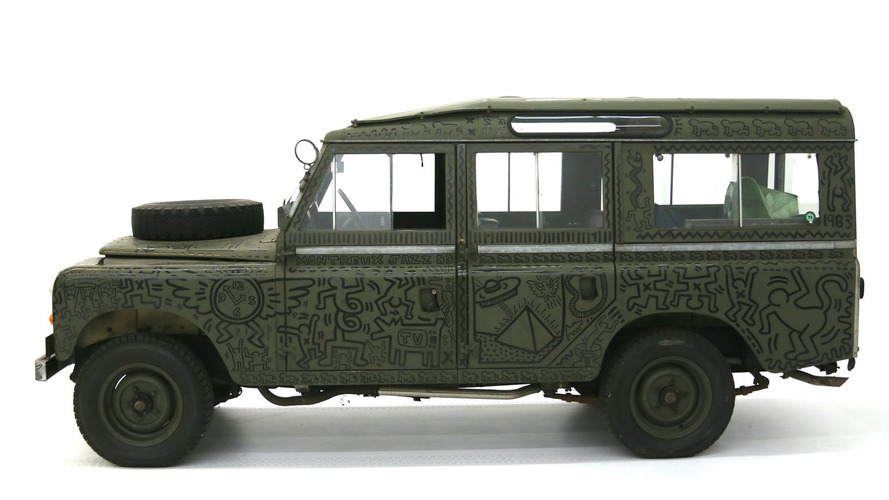 Debate rages as to whether or not cars can be considered art. But there’s no denying they make a fantastic canvas. With its broad, flat surfaces, the classic Land Rover is more canvas-like than just about any other car. Renowned New York artist Keith Haring took full advantage of that to create the Land Rover you see here, which will soon go on display at the Petersen Automotive Museum in Los Angeles.

Haring came to prominence during the early 1980s, first working with chalk on blackboard in New York’s subways. He graduated to creating more public murals around NYC, one of which, titled “Crack is Wack”, is now protected by the City.

His work is characterized by primitive shapes and colors, used to speak of birth, death, sexuality and war. Themes that have continued to stay relevant since his untimely death in 1990.

The Haring Land Rover hasn’t been seen in public since ‘83. After it’s unveiled later today, it will be on display at the Petersen for the rest of the year.

Petersen Chief Marketing Officer, Adam Langsbard, said: “Keith Haring had such a unique and recognizable style, one that has become beloved by countless people around the world. He used his art to speak for people who didn’t have a voice and we at the Petersen are absolutely honored to be able to display such a unique work by Mr. Haring.”