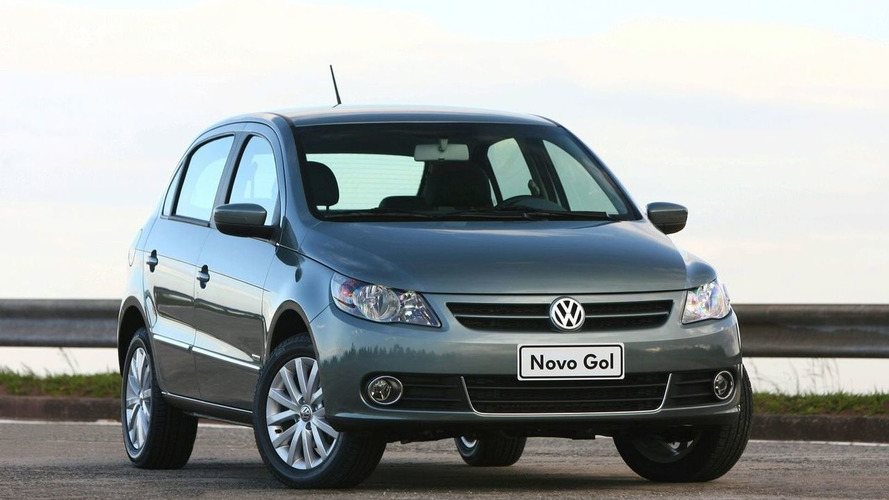 Third generation of the bestselling car in Brazil for two decades will be presented in June 29.

The VW Beetle has once been the bestselling car in many countries, particularly Brazil. When Volkswagen decided the Beetle had to have a replacement, it bet on a compact hatchback with a front wheel drive longitudinally-mounted engine. Named Gol (goal, in English), the small car was launched in 1980 and faced some problems, such as the use of the air-cooled engine from the Beetle, until it finally received a modern water-cooled engine (for VW standards at the time) in 1984. Since then it has sold more than 5 million units in Brazil and almost 1 million units worldwide, but its aging design as well as longitudinally-mounted engine were responsible for threatening its Brazilian market leadership. Volkswagen even went as far to prolong the second generation lifespan twice, calling the two facelifts as new generations, but they were not up to the task. Time for a new replacement has come at last, and Volkswagen has finally decided to develop a genuine third generation. Ladies and gentlemen, meet the new Gol.

This is the first and, so far, the only official image of the car. The new Gol will be officially presented next Sunday, June 29. Many other images of the car have been posted on the Internet, most of them taken when some units of Gol were delivered to Volkswagen's dealers, but so far no information on prices or engines has been released.

Built over the PQ24 platform, shared with the current Polo and Fox, the new Gol now adopts transversally-mounted engines, so it now features the same ones used by Fox, or the 1.0-litre and the 1.6-litre EA-111 VHT (Very High Torque) powerplants, both able for ethanol or petrol use in any proportion. The current Gol also uses a 1.8-litre engine that will not be used, therefore, leave space for the 1.4-litre engine Fox uses in Europe, but this engine has not been confirmed so far.

To recognise this model as a legitimate Gol, its reliability cannot be disputed, however, the new generaration Gol has another task to accomplish: be a beautiful automobile. In order to convince buyers of that, Volkswagen has hired Sylvester Stallone and Giselle Bundchen to present the new car. The promotional video will soon be released and we intend to bring it to you as soon as it comes out, as well as more images and information about the hatchback.

Expect it to be sold not only in Brazil, but also in India, China, Russia, Mexico, South American countries and Eastern Europe, as well as Iran, Africa and other emerging markets. Such distribution may turn the Gol into Volkswagen’s (third) world car, as Fiat Palio has once been named. For Brazilian customers, the question is whether it will remain as the market leader. And for how long.