Hellcat-powered Ram 1500 a real thing thanks to Canadian dealership 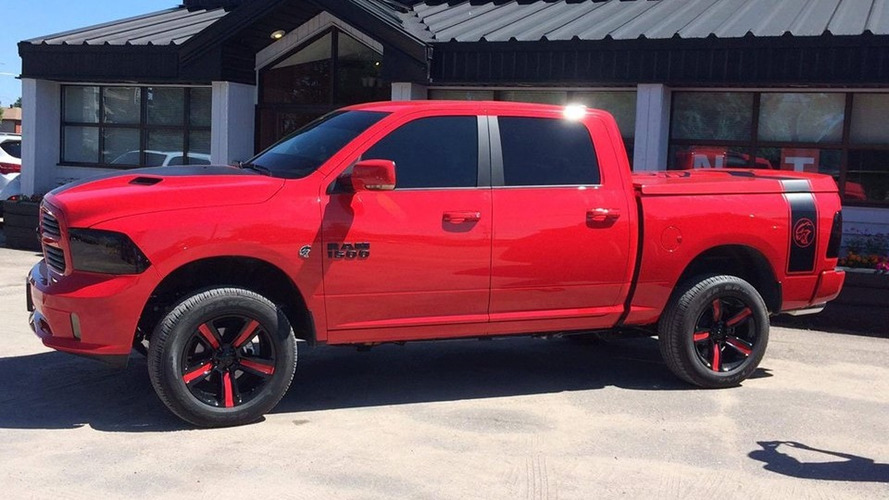 707. We’re not talking about a Boeing airplane. That magical number is the output generated by the mighty 6.2-liter V8 HEMI engine which is available for the Dodge Challenger and Charger muscle cars, but not for the Ram 1500. However, there is now an unofficial way to get a Hellcat version of the pickup truck if you don’t feel like waiting for Fiat Chrysler Automobiles to come out with a Ram 1500 Hellcat. The chances of actually seeing such a version are quite slim, but don’t fret, as Kevin Byrnes of Midland Chrysler in Midland Ontario, Canada can turn your Ram 1500 into one of the fastest pickup trucks in the world in exchange for about $90,000.

It’s perfectly understandable why some people can’t resist the temptation to install the supercharged unit in a wide variety of vehicles. Case in point, this “Ramcat” has received the 707-hp treatment and it even has a bunch of logos applied onto its body to prove it’s not a run-of-the-mill 1500. With 650 pound-feet of torque on tap, the pickup has plenty of muscle and you will be glad to hear the people behind the project did not extract the engine from a Challenger or a Charger Hellcat. Instead, they used a crate engine acquired from a South Carolina dealership for $45,000, so it’s all good. The engine works with the truck’s standard eight-speed automatic transmission and the 4WD transfer case.

If you would rather have something official from FCA with that engine, we need to remind you the Jeep Grand Cherokee will receive a new range-topping version next year which is expected to be called “Trackhawk.” Hopefully other models will follow since it would be a waste not to have the 6.2-liter unit in the engine bay of more cars.