The longest car in the world is dead, but it's coming back to life 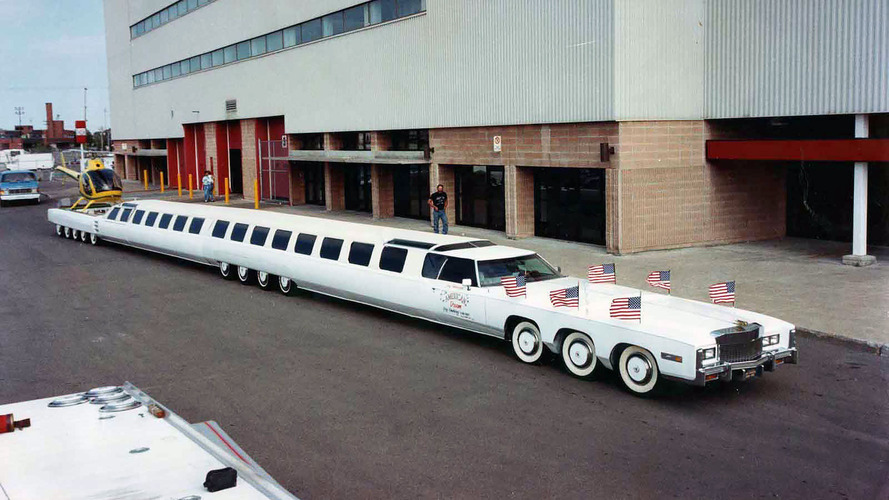 Ever wondered what the longest car in the world looks like? Ponder that thought no longer - this is it, and it’s called the ‘American Dream’.

The massive limousine, which was built by California custom car guru Jay Ohrberg, measures in at a stunning 100 feet long and became certified as the longest car in the world by Guinness World Records in the mid '90s. It sports 26 wheels, a jacuzzi, diving board, king-sized water bed, and even a helicopter landing pad. Because, why not? But while all that is spectacular on its own, it’s the recent history of the longest car in the world that may be the most interesting. More on that in a minute.

The American Dream began life in the late 1980s at Ohrberg’s Hollywood Cars shop. Ohrberg selected a golden 1970s Cadillac Eldorado as a starting point, and his team set about slicing up the land yacht… and developing that concept to the nth degree. 100 feet and 26 wheels later, the American Dream was complete, featuring the aforementioned jacuzzi and helicopter pad, as well as a small lace and candelabra-festooned living room and two separate driver’s cabins.

The limousine could be driven in its straight-as-an-arrow state, or reset to bend in the middle. The separate driver’s cabin was rather necessary in order to negotiate any turn, and the ‘backseat driver’ would steer the rear axles. Expectedly, this movie car and display vehicle was not road legal, and period photos show that the American Dream was detachable in the midsection and could be trailered on flatbed trucks from location to location.

But its ‘longest car in the world’ claim to fame apparently couldn’t save it from an eventual demise. The American Dream was leased to a company which used it as a promotional vehicle, and upon the end of the lease, its caretakers abandoned it in a New Jersey warehouse. The car resurfaced in 2012 at a salvage auction needing major repairs - damage to the body, tears in the roof, broken windows, and a rusty jacuzzi - it didn’t look promising.

However, the story has taken a positive turn. In 2014, New York’s Autoseum Automotive Teaching Museum announced that the American Dream limousine had been acquired and will now be used to help teach students to fix, build and fabricate cars. Given its sheer size though, this restoration project may take some time.