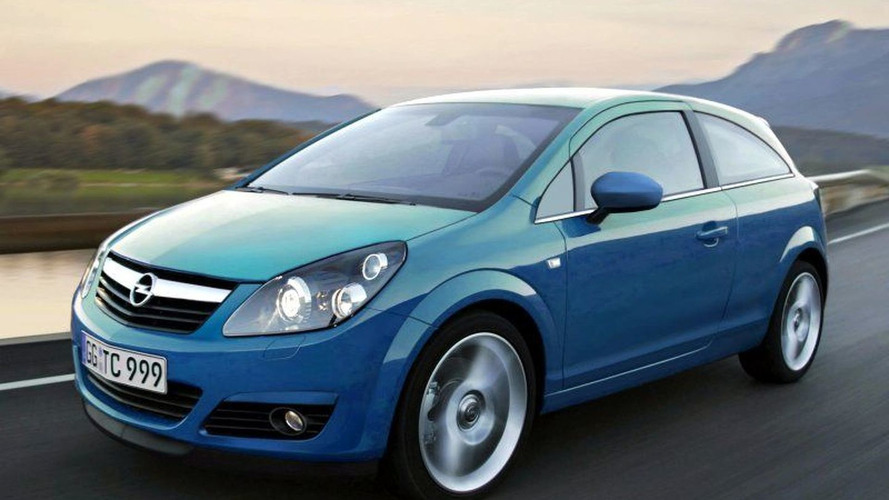 Closer in size to the Astra than the current Corsa, the new model is based on the same platform as Fiat's Grande Punto. The Opel is 160mm longer, 60mm wider and 50mm higher than its predecessor...

Bigger is better for next Corsa

It’s the supermini that's claiming it will be so big, we will have to call it a supermaxi! We have the most exclusive pictures of the new Opel Corsa, which is set to debut at the eagerly anticipated British Motor Show in July.

These shots not only show the car in brilliant detail, but are proof that Opel’s baby hatch has grown up fast. Closer in size to the Astra than the current Corsa, the new model is based on the same platform as Fiat's Grande Punto. The Opel is 160mm longer, 60mm wider and 50mm higher than its predecessor, and will offer as much interior space as full-sized family hatchbacks of yesteryear.

What's more, all five occupants can bring luggage, as the new Corsa has an extra 15 litres of boot space – taking the total capacity to 275 litres. Fold the rear seats and the Opel will be a credible alternative to many cars from the class above. In gaining a few millimetres, the newcomer will also take on a more muscular appearance when it goes sale in September. These pictures reveal how its lines will be adapted to form a squat hatchback. The sleek, coupe style three-door will be joined by a good-looking yet practical five-door, as designers accept that first appearances are crucial in this class.

Inside, the current car's predictable styling will be replaced by a funky cabin. As with Peugeot's 1007, it will feature removable and interchangeable fabric panels, so owners can mix and match their interior colour scheme. However, there will be more to this Opel than style and space. The firm is already carrying out extensive development work to make sure buyers are satisfied with the way the next-generation model handles. Even basic versions should boast dynamic abilities to match those of the most entertaining rivals.

However, enthusiasts will be disappointed to learn that Opel will fit an ESP stability control system which can't be disabled by the driver. Buyers with an eye on economy will have the option of three frugal diesel units. The existing 1.3-litre CDTI engine shared with Fiat will be offered in both 75bhp and 90bhp forms, along with a punchy 125bhp 1.7 oil-burning motor. Two five-speed manual gearboxes will be available – one with close ratios for sporty variants, and another designed with refinement and economy in mind. The sequential Easytronic and a conventional auto are also expected.

Well heeled Corsa buyers will have plenty of luxuries to choose from, too. Range-toppers will get everything from Bluetooth technology to adaptive headlights which automatically adjust with the angle of the steering wheel.

Opel has big plans for the next Corsa platform, too. It will underpin a new all-wheel-drive crossover, developed with Chevrolet and due in 2008. After that, the firm is promising a replacement for the Meriva supermini-­MPV by 2010. Last but not least will be the next-generation Tigra, although this is unlikely to appear before 2011.