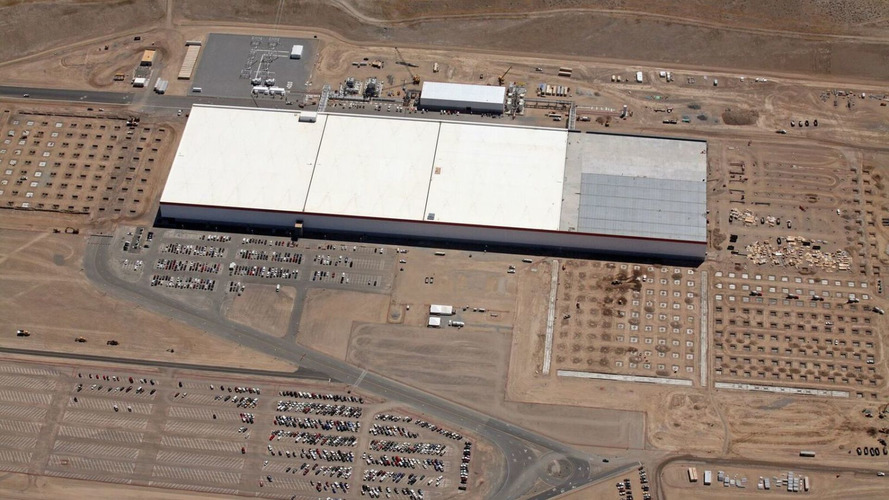 Tesla has officially opened its Gigafactory in the Nevada desert, after an investment of roughly $5 billion. The plant is only 14 percent complete at this stage, but when fully finished, it will be about 10 million square feet – or nearly the size of 174 NFL football fields, making it one of the largest buildings on the globe.

If that’s not impressive enough, the California-based company says the factory could easily employ 10,000 or more people in the next three of four years. Also, and that’s probably the most impressive part, the factory will be producing 35 gigawatt hours of batteries by 2018, or the equivalent to the entire world's production in 2014.

Tesla is working on the Gigafactory in cooperation with Panasonic thanks to a $1.6-billion agreement, and the Japanese company is currently installing machines and production robots in sealed, humidity-controlled rooms. The actual process of making battery cells is expected to start before the end of this year.

The first task for Tesla will be to build enough batteries for the already pre-ordered about 400,000 Model 3s. In the years to come, the automaker will expand its production capacity and will make 500,000 vehicles per year by 2018 - two years earlier than expected. In less than a year from now, 31 percent of the Gigafactory will be completed and, eventually, the whole roof of the building will be covered with solar panels.

On the romantic side, Tesla CEO Elon Musk says some of the 10,000 wild horses in the area often drink water from the ponds at the construction site – and “it feels like the wild West.”