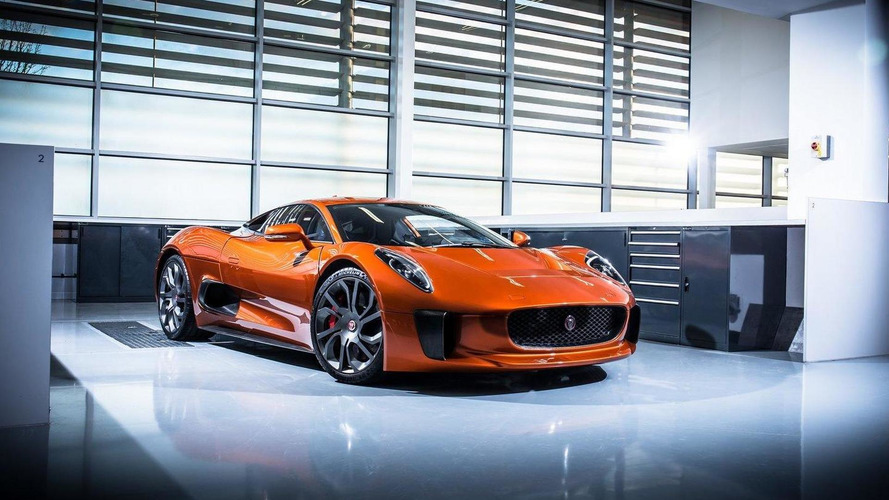 Zero-emissions sedan and SUV rank high on Jaguar's agenda for the following years.

Introduced six years ago, the C-X75 concept is still an amazing supercar even by today’s standards, not just because of how it looks, but also thanks to its hardware created with input from Cosworth. It rocks a turbocharged and supercharged 1.6-liter engine derived from Formula 1 working together with electric motors for a combined output of more than 850 hp and 1,000 Nm. We saw the concept in action in the latest Bond movie, but the bad news is Automobile Magazine has learned from Jaguar insiders there won’t be a production version.

The publication has also found out the four-seater XK grand tourer which bowed out in late 2014 with an XKR-based Final Fifty Edition will not be coming back.

Instead, Jaguar will launch two full-electric models. The first one is going to be a Model S-fighting big sedan codenamed “X590” that will have all-wheel drive and will ultimately replace the flagship XJ. It is scheduled to come out before a pure-electric SUV pinned for a 2019 launch. The latter was originally supposed to be a Range Rover, but JLR has decided to slap on Jag’s badge and apparently will sell it with a single-motor RWD layout and with a beefier dual-motor AWD setup, along with a choice of three battery packs.

Both of them will probably be assembled in Austria by Magna and it is believed the manufacturing specialist will be in charge of making about 20,000 - 30,000 units of the sedan and 30,000 to 50,000 units of the SUV per year.

According to the same report, Jaguar is working on a plushier interior cabin for the facelifted XE which is rumored to spawn a 550-hp SVR version to take on the BMW M3. A decision regarding coupe, wagon, and cabrio version of the XE has not been taken yet because JLR favors SUVs at the moment. If you are a fan of wagons from Jag, you’ll be happy to hear the midsize XF will receive the more practical body style just in time for the 2017 Geneva Motor Show.

Later the same year, an Evoque-based E-Pace will join the lineup and will be offered with a mild hybrid setup whereas a decision regarding a plug-in hybrid version is still pending. As for the larger F-Pace, the rumor mill indicates it will receive the SVR treatment with a 550-hp V8 engine.

Some preliminary details concerning the next F-Type have emerged and it is expected the model will grow in size to offer a more spacious 2+2 cabin.

Gallery: Bond villain to drive the Jaguar C-X75 in SPECTRE