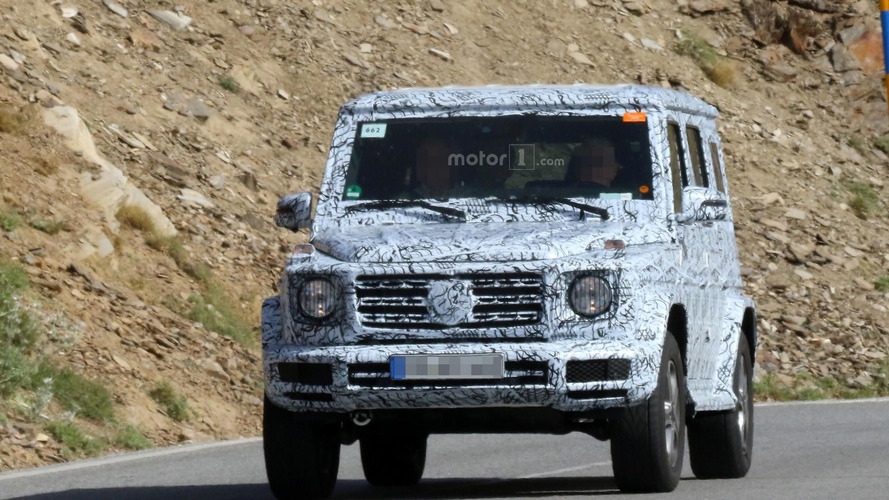 The iconic off-roader will live to see another generation and will remain as boxy as ever.

Mercedes-Benz is smart enough to know it has a winning recipe with the legendary G-Class which is why for the next installment of the G-wagen the shape will remain just about the same. All the camouflage in the world can’t hide the boxy shape of the vehicle which is set to receive a considerably wider body. That may not be as obvious in the attached pics, but our spies are estimating an increase in width of around 10 centimeters (almost 4 inches).

While in the previous batch of spy images the prototype was seen behind a fence on a private property, now we bring pics of the vehicle while it was undergoing testing on public roads. Some would be tempted to say the new version will only be a facelift for the nearly 40-year-old G-Class, but in reality it’s pretty much going to be a new car. The switch to a different, more modern platform is estimated to shave off up to 900 pounds (408 kilograms), even though the new model will have a larger footprint.

In order to keep the tradition alive, the iconic SUV will continue to be assembled by Magna in Graz, Austria and it is expected one of the engines on offer will be Mercedes-AMG’s biturbo 4.0-liter V8. The new unit corroborated with a significantly lower curb weight will allow the new G-Class to be considerably more efficient, but at the end of the day that won’t really matter for prospect buyers.

It’s too soon to say when Mercedes will launch it, but taking into account there was no sign of a G-Class in the recently published 2017 roadmap, it means we should not expect it before the first half of 2018. It will definitely be well worth the wait and the Geländewagen will likely be out around the time when Land Rover will bring back the Defender, another off-roader with a lot of history behind it.