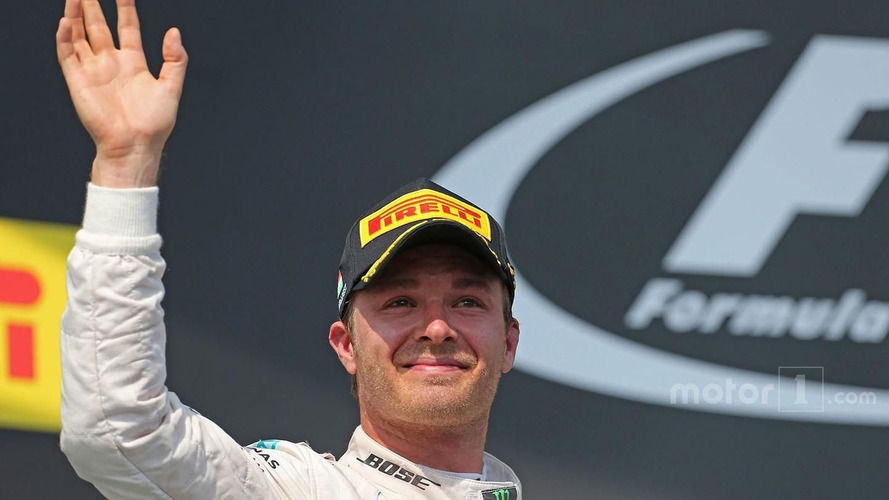 Nico Rosberg insists that losing the world championship lead to Lewis Hamilton is not a major blow to him.

Prior to Hungary Rosberg had said he was not concerned by Hamilton's run of good form, as the points table showed that he was still doing the best job in 2016.

After Sunday's race he acknowledged that the reverse is now true, but played down the significance.

"It's just simple, that now you can say that Lewis has done the best job this season, by six points," said Rosberg.

"That's it. That's the only change there, but it doesn't change much for me, because it's so close, and I'm out there every race with the opportunity to win.

"The last races have been so close, and it just takes a small thing to switch it the other way. So I'm super motivated, and I want to turn it round for the next race in Hockenheim.

"That would be great, and I know that I have the opportunity to do it there."

Rosberg has long said that he is taking the season race by race.

"As I've said all the time I'm not counting points, and I also fully expected him to come back, and I didn't expect to be 48 points ahead all the time.

"It ebbs and flows, and it's always going to be a tough battle against Lewis – he's the world champion.

"I'm just looking at the races, I was focussed on winning here. I'm very disappointed today, because I wanted to win Hungary, that's where the disappointment comes from, not because the points are this way or that way.

"And soon I will be very excited again, because it's a home race, and thankfully it comes in five days, which is good after a race like today, to quickly forget, move forward, and get a thrill from the home crowd, and try and win there.

"Which is going to be great. I hope I can get the win after I got it in 2014, so good memories there, and I'm feeling good.