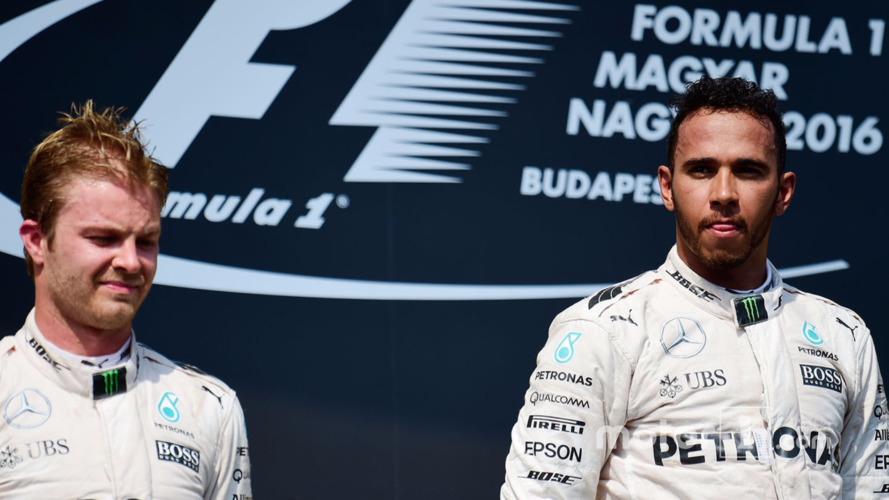 Nico Rosberg cannot afford any mistakes this season if he is to beat Lewis Hamilton in the championship this year, reckons Fernando Alonso, who labelled the Briton as "not an easy teammate".

Rosberg lost the championship lead to Hamilton in the Hungarian Grand Prix last weekend, the German having led from the start of the season in Australia.

The world champion now leads the standings by six points from his Mercedes teammate.

Alonso believes Hamilton, who has won five of the last six races, is now favourite for the title.

"Hamilton is in a good position," Alonso told Spanish radio COPE in an interview.

"And it's the opposite for the driver who was leading and had a bit advantage: they catch you, they overtake you and you go into a mini crisis.

"So even though they are close on points, now Hamilton looks stronger and a better contender."

Alonso also said the Hungarian GP qualifying controversy reminded him of his own row with Hamilton at the Hungaroring back in 2007, when they were teammates at McLaren.

Back then Alonso was penalised for having blocked Hamilton in the pits, forcing the Briton to miss his final flying lap.

As a result, Alonso lost pole position, which went to Hamilton.

On Saturday, Rosberg secured pole despite setting his fastest lap with yellow flags on track, and there were suggestions that Hamilton had been in contact with the FIA, which announced an investigation three hours after the end of qualifying.

Hamilton denied triggering the investigation, however.

For his part, Alonso admitted the situation brought memories of 2007.

"Yeah, it reminds me of things as well," said Alonso. "Let's say Rosberg doesn't have an easy teammate.

"In that sense he's very strong on track, very fast, he never makes a mistake.

"And off the track he has significant influence. Good luck to Rosberg with that (laughs).

"He can't make a mistake anywhere because apart from being one of the best in the world, he can feel the pressure off the track as well."