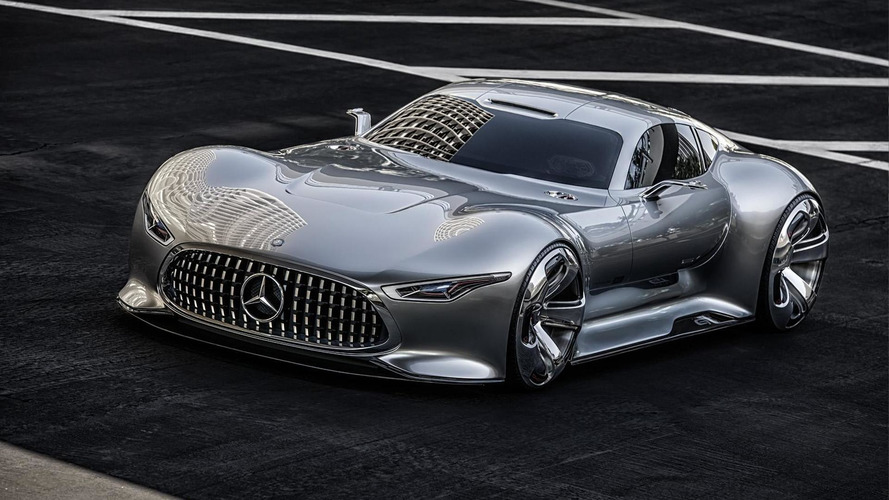 The division's boss has repeatedly denied plans to build a hypercar.

Mercedes-AMG reportedly has a hypercar under development that allegedly pairs a 1,000-horsepower (746-kilowatt) turbocharged 2.0-liter four-cylinder and 300 hp (224 kW) from a pair of electric motors. This 1,300-hp (969-kW) beast would allegedly debut next year as a celebration of AMG’s 50th birthday, according to GT Spirit citing a story in Germany’s Autobild magazine. Before you get too excited, take a whole shaker’s worth of salt because this rumor seems very difficult to believe.

The alleged hypercar would be Mercedes’ fighter against the upcoming vehicles like the Bugatti Chiron and Aston Martin AM-RB001. The turbocharged engine would reportedly turn the rear wheels, and the two electric motors would spin the front. A carbon-fiber monocoque would keep the weight around 2,866 pounds (1,300 kilograms). A bevy of driver assistance tech would also make sure owners could actually use the ludicrous power. Prices could be as high as $3.3 million (3 million euros), GT Spirit reports.

These specs and timing sound too stupendous to be believable, though. From a powertrain perspective, 1,000 hp from a turbocharged 2.0-liter four-cylinder is possible for a racecar but seems very difficult for reliable, legal use on the road. Mercedes’ powerplant in the CLA45 already makes an impressive 375 hp (280 kW), and tuners can get it above 400 hp (298 kW). However, those figures aren’t even halfway to what this rumor claims.

Statements by Mercedes-AMG boss Tobias Moers are the other major problem. For the past couple of years, he keeps repeating there are no plans for a hypercar from the division in the near future. His denials could be a smokescreen, but if they are, he deserves an Oscar for keeping up the act so convincingly.