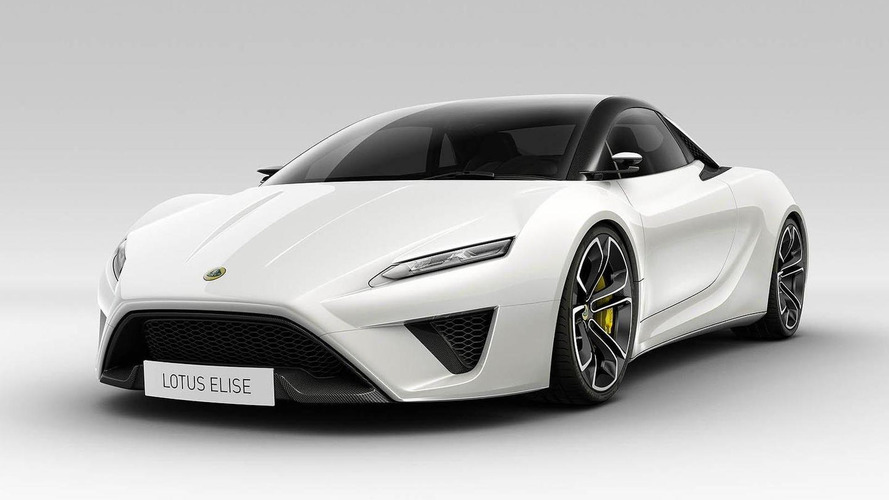 Lotus fans will be happy to hear the two-seater lightweight roadster will remain true to its roots.

In an interview with Autocar, Lotus chief Jean-Marc Gales revealed the next generation of the Elise will be “ready in 2020” and that it will remain faithful to the model’s heritage. That means focus will be on making the car as light as possible, with a targeted curb weight of just 900 kilograms (1,984 pounds). That would make it even lighter than the recently introduced Elise Cup 250 which tips the scales at 921 kg (2,030 lbs).

The planned diet is impressive taking into account the new Elise will go through a variety of changes in order to meet U.S. regulations, including an increased width to make room for the installation of side airbags and additional crash structures.

Almost six years ago at the Paris Motor Show, Lotus introduced an Elise concept pictured above which was supposed to serve as a preview for the model’s next generation. It was envisioned as a more powerful and larger car with a significantly higher price tag. However, that won’t be the case as the 2020 Elise will carry on the DNA of its predecessors.

While it’s working on the new Elise, Lotus is confident it will return to profit in about a year which would be the first time in the last two decades. Gales estimates deliveries will hit the 2,000-unit mark in the April 2016 - March 2017 period and Lotus will set a sales target of 3,000 vehicles annually by the end of the decade.

Gallery: Lotus gives up on their five year plan - report