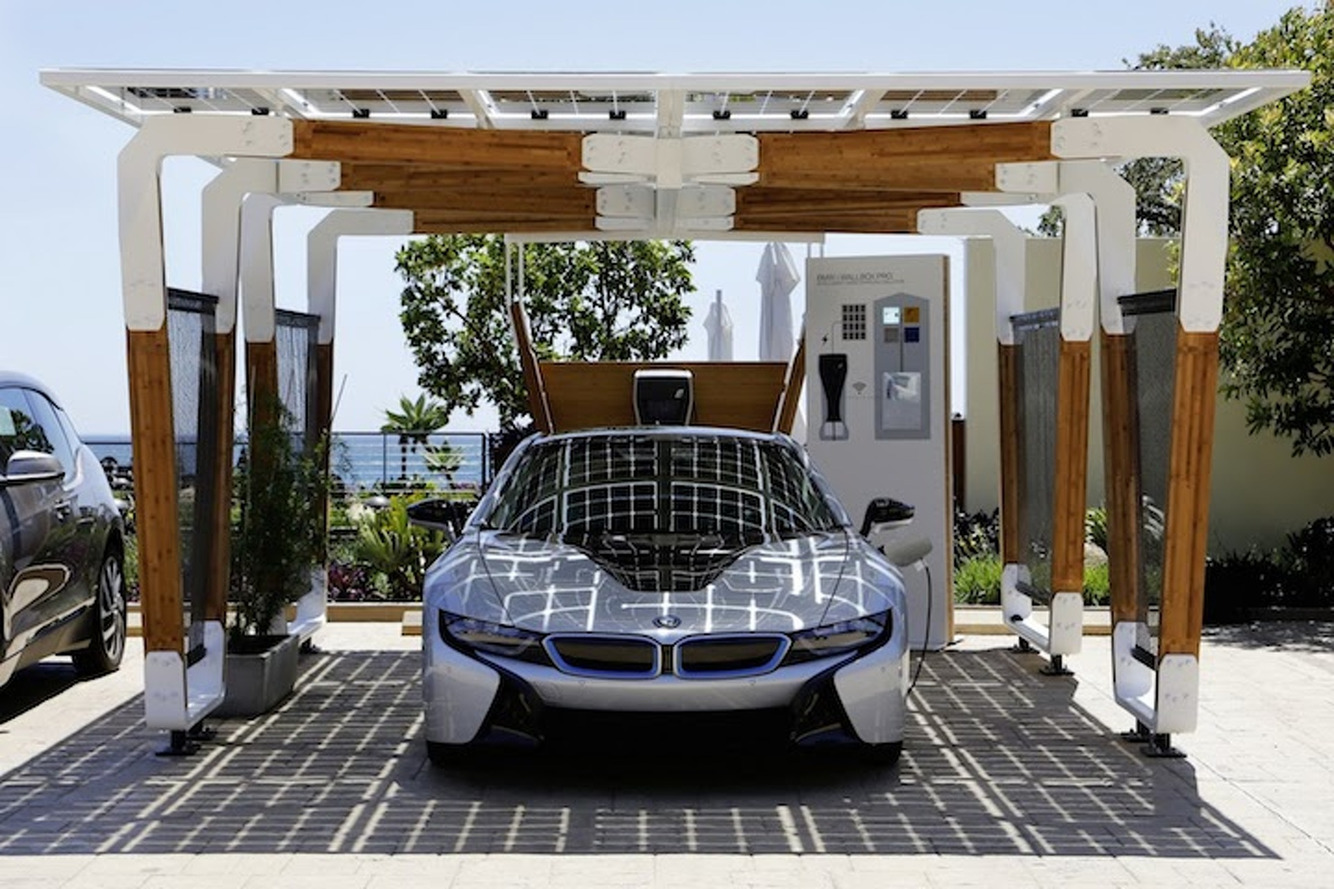 Tesla is one of the world’s most forward thinking brands in terms of electric vehicle technology. In fact, they’re in the process of setting up a system of supercharging system across the U.S., that can recharge any Tesla in about 30 minutes. But BMW is on the move too, and their solar-powered stations may have Tesla beat this time (if they can get the idea into production).

BMW’s new conceptual Solar Carport is the perfect charging station for the i3 and i8 electric vehicles, pending sunlight, of course. The concept was originally introduced this past week in LA as part of the i8 media drive.

The carport features a bamboo construction, which feeds an electrical socket that plugs in directly with any i3 or i8. With the i8 only moving about 25 miles on a single charge, it’s a great idea for enthusiasts on the go. It’s an idea shockingly similar to Tesla’s supercharging network.

Whether this concept will actually be put into real-life use has yet to be determined. But, with other automakers advancing in electric technology, we don’t see why this wouldn’t be a good idea for the Bavarian brand.