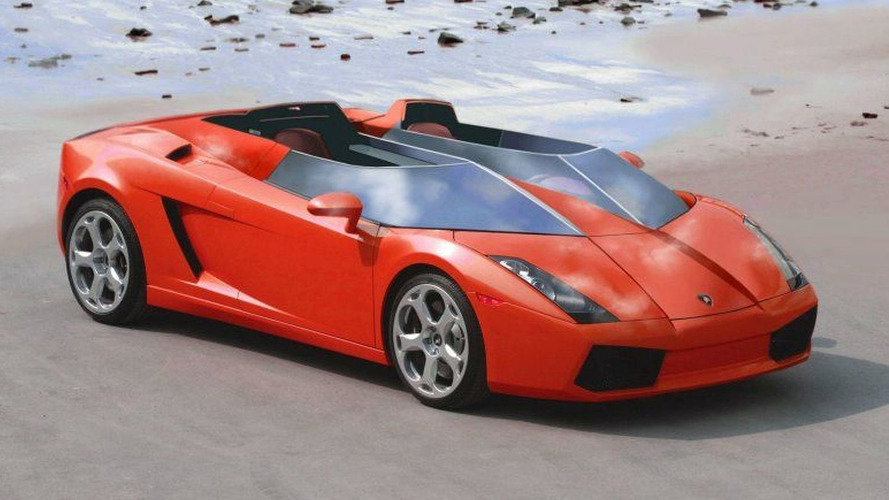 Formula One for the road: Take a good look at these cars here and now - you might not see many of them on the road even after they've been officially released.

Take a good look at these cars here and now: you might not see many of them on the road even after they've been officially released. Andreas Conradt presents the supercars of the future.

Though a lot of things were unclear at Maserati until recently, rumour has it that the firm's all-new GT coupe will make its debut at the 2007 Geneva Motor Show. It is caught here out testing with Bosch on one of these lonely, slippery roads in the north of Sweden. The GT is a 2+2-seater, said to be much roomier than its predecessor thanks to a longer wheelbase - barely shorter than that of the Quattroporte - and redesigned suspension and transmission. It will have double-wishbone suspension with the Skyhook adaptive damping system, and the rear-mounted Cambiocorsa clutchless gearbox, as used in the Quattroporte; power will come from the Ferrari-developed 5.0-litre V8, derived from the current car's 4.2-litre unit and with new cylinder heads and induction system to give an estimated 470bhp. The Spyder, which will be launched later in the year, will also be offered with the 4.2 V8. The Spyder will, for the first time, have a folding metal hard top which will retract down to behind the seats. This is likely to be developed by Pininfarina.

Another Italian, but a totally different car, the Alfa Romeo 8c Cabriolet will be radically different from the new Maserati - provided it will make it into production which hasn't been decided yet. But if so, the car will be bigger than the Alfa Spider, and more powerful with engines up to over 300 bhp. More expensive than the Spider it will be anyway...

You might think that Mercedes wouldn't have a need for developing yet another supercar, but you'd be wrong: With the 612-bhp SL65 AMG on the one hand and the 626-bhp SLR on the other, there's hardly any room for a car in between. That is if you're taking performance alone. But as design and packaging matter, too, the Stuttgart-based firm is in fact thinking about a "baby" McLaren offering SLR-like supercar-feeling at the cost (and power) of an SL55. With a newly developed 5-litre V8 performing some 400 bhp, this light-weight mini-SLR will reach top-speeds of beyond the latest SL65 and will outrun the latter from 0 to 100 km/h. Being a pure two-seater with a rigid metal roof (rather than a 2+2-seater roadster like the SL), the "baby" McLaren will point at a totally different range of customers and will certainly be a success as an uncompromising driver's car.

The Aston Martin V8 Vantage, known as the 'baby Aston', is the Ford Premier Automotive Group's proposed 911 rival. Costing from around 90,000 Euros, it certainly gives the Porsche a run for its money. To ensure Aston Martin's target to make the V8 Vantage play a major role in upping the firm's annual output, and for it to account for 40-50 percent of all Aston sales, the British are now developing this beautiful Cabriolet, definitely using a canvas top rather than a retractable hardtop.

The first Aston built on the company's all-new aluminium platform, the coupe is also the first Aston built at the former Rover site at Gaydon, where ultimately the next-generation DB7 and Vanquish will be built - and the V8 Vantage Cabriolet, too. Styled by Henrik Fisker, it has a wide-opening roof, a generous luggage area and a two-seat interior inspired by that of the Vanquish. Power comes from a Jaguar-derived 4.3-litre V8, likely to give a good 370bhp, and a 500bhp-plus supercharged R version is also said to be on the cards. The engine is front mid-mounted - positioned well back in the engine bay to give optimum front-rear axle weight distribution. Six-speed manual transmission will be standard, a sequential-shift auto optional, and both gearboxes will be rear-mounted.

But before the Aston, the 911 Turbo Cabrio will hit the marekt some time in summer 2006. At its heart is a reworked version of the current car's twin turbo 3.6 litre flat six with over 460 bhp in standard trim up by 40 bhp. The increase is said to come from a series of subtle enhancements to the ECU, coupled with further improvements to the VarioCam variable valve timing system and a moderate increase in boost pressure.

New transmission technology will also play its part in pumping the torque rating of the new Turbo. Along with a beefed up version of the existing six speed manual and a new six speed automatic, Porsche is developing the next generation Turbo to accept an advanced double clutch gearbox similar to that offered by Audi on the TT V6 and pioneered by Porsche itself on the 956/962 sports racing cars of the'80s/'90s.

Speaking about Audi: the firm has confirmed production of the R8 super-coupe, which will go on sale in spring 2007, and here's the real thing out on the world's most challenging race-track: the Nurburgring in Germany. The R8 is derived from the Le Mans Quattro concept car seen at the Frankfurt Motor Show in 2003; it takes the name of Audi's Le Mans car to emphasis its performance potential. Though some of the technologies used in the car, such as the FSI direct fuel injection system, were developed in the R8 racer, the production R8 is more closely related to the road-going Lamborghini Gallardo.

It shares a version of the Gallardo's structural underpinnings and will come with a detuned version of the Gallardo's 5.0-litre V10, giving 450bhp, as well as the 420bhp V8 found in the RS4. This is a measure to ensure that sales of the more expensive Gallardo will not be affected. Audi hasn't announced pricing for the R8 as yet, but it will undercut the Gallardo by some margin. A starting point of around EUR 95,000 has been rumoured, putting it up against the Porsche 911 and Aston Martin V8 Vantage.

The most extreme supercar in this collection is certainly the Lamborghini Gallardo S, derived from the standard Gallardo and using that car's space frame, permanent all-wheel-drive as well as the 500-bhp 5-litre V10. Its unique seating layout would certainly make the Gallardo S a real eye-catcher - though a Bugatti Veyron roadster would definitely be able to steal the show. As much as its metal-roofed counterpart is the fastest coupÃƒÆ’Ã†â€™Ãƒâ€šÃ‚Â© on earth, the 1001-bhp cabrio would be the fastest cabrio on the planet. Wolfsburg hasn't decided yet whether or not to build the car. So don't get out your cheque book yet...

However, the most speculative car we present here is the Renault F1, probably also named "Alpine" and hence reviving a legendary name of the French manufacturer's history. Penned here as a mid-engined two-seater, the car would definitely need an engine bigger than even the most powerful unit existing: the 210-bhp 3-litre V6. We reckon a 280- or 300-bhp engine should be the minimum. "Alpine", after all, is a name that reminds of a real fast French...