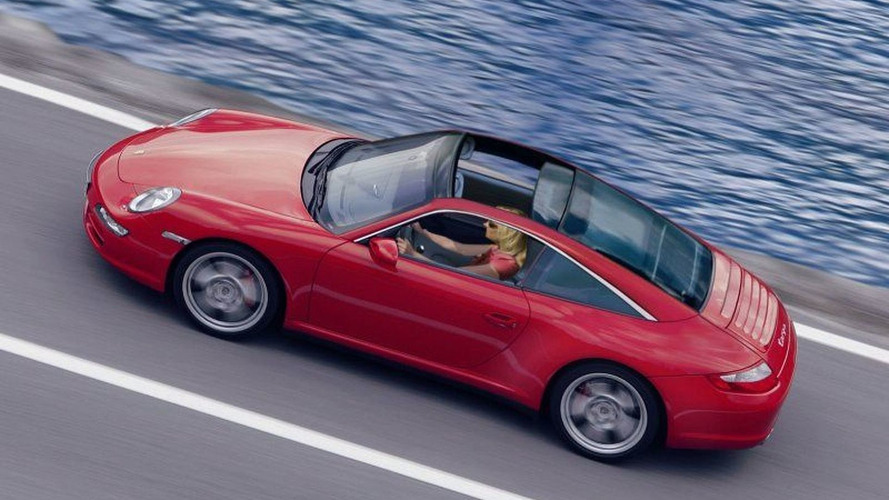 Pictured here for the first time, Stuttgart's latest Turbo Cabrio will go on sale towards the end of 2006 as part of a thoroughly revised 911 line-up.

Porsche with or without roof

For those who like it a bit more cosy than the normal 911 Cabriolet, Porsche will make the Targa available again. Exterior modifications over the coupe include a sharp-edged rear side-window (cleverly disguised in our pictures) plus the panoramic transparent roof which slides back over the rear window on the push of a button; don’t be fooled by the black paint engineers used to disguise the huge glass roof on the car we snapped. It’s more than likely the Targa will be available as a Carrera 4 and S on top of the Carrera 2 Targa.

On the other hand, for buyers who prefer speed and power over total comfort, Porsche unleashes a new, more powerful version of the blown 911 convertible. Pictured here for the first time, Stuttgart's latest Turbo Cabrio will go on sale towards the end of 2006 as part of a thoroughly revised 911 line up. At its heart is the tin-topped Turbo’s reworked version of the twin turbo 3.6 litre flat six with 480 bhp. Top speed remains close to the existing model's 305 km/h.

The new front end look of the 911 Turbo Cabrio, with a return to classic round headlamps, can be clearly seen in these pictures. The heavily disguised rear vertical air ducts for the engine and brakes will be replaced by more stylised units similar in shape to those found on the coupe version of the 911 Turbo.