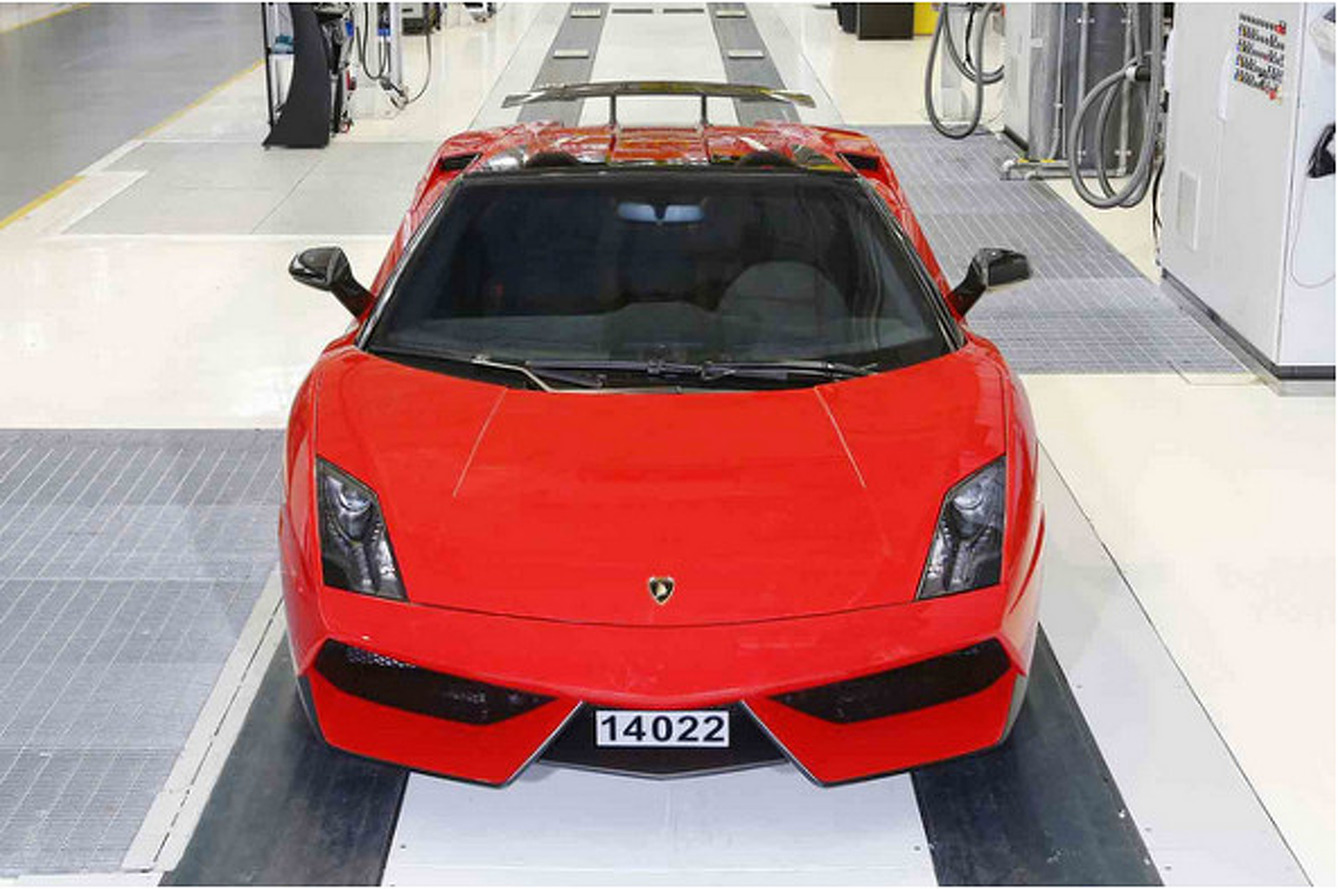 Here, you see the very last Lamborghini Gallardo to roll off an assembly line. The Italian supercar maker elected to end with a bang, and the model is a very special Gallardo LP570-4 Spyder Performante. It marks the end of the highest selling vehicle that Lamborghini has ever built and the vehicle that helped resurrect the supercar brand.

Lamborghini was not always thought of as the ideal supercar. It was derided for poor reliability and being hard to live with, but in 2003 when the Gallardo arrived (for the 2004 model year), it made owning a Lamborghini much easier. The Gallardo was the first sub-flagship model since the Lamborghini Jalpa (produced between 1981 and 1988), but the Gallardo was a far more competent vehicle and gave buyers a more affordable choice to the flagship Murcielago and subsequent Aventador.

had the looks and performance to make it a real Lamborghini, without the compromises one would have to make to own a car like the Jalpa. Perhaps that’s why there was a nearly 15-year gap between the two vehicles.

14,022 examples of the Gallardo were built, and the car signified a change in thinking for the brand– they realized they could increase production while still being extremely exclusive, with a personal hand-built approach. While early production numbers were only at about 250 a year, by the end, Lamborghini was producing 2000 Gallardos a year.

The Gallardo also redefined what “entry-level” meant for a sportscar, as it featured a V10 engine as standard equipment. In 2005 the Gallardo Spyder joined the lineup, followed by the Superleggera in 2010. The Superleggera had a lighter curb weight thanks to the extensive use of carbon fiber, and horsepower was boosted to 562. For its final act, the Gallardo Spyder Performante features 570 horsepower and a 0-100 km/h (62 mph) time of just 3.4 seconds. The Gallardo will be missed, but with the way Lamborghini has been performing recently, we are confident that the Italian supercar maker is going to blow us away with the Gallardo’s replacement. ...By the way, it’s pronounced “Guy-are-dough.”