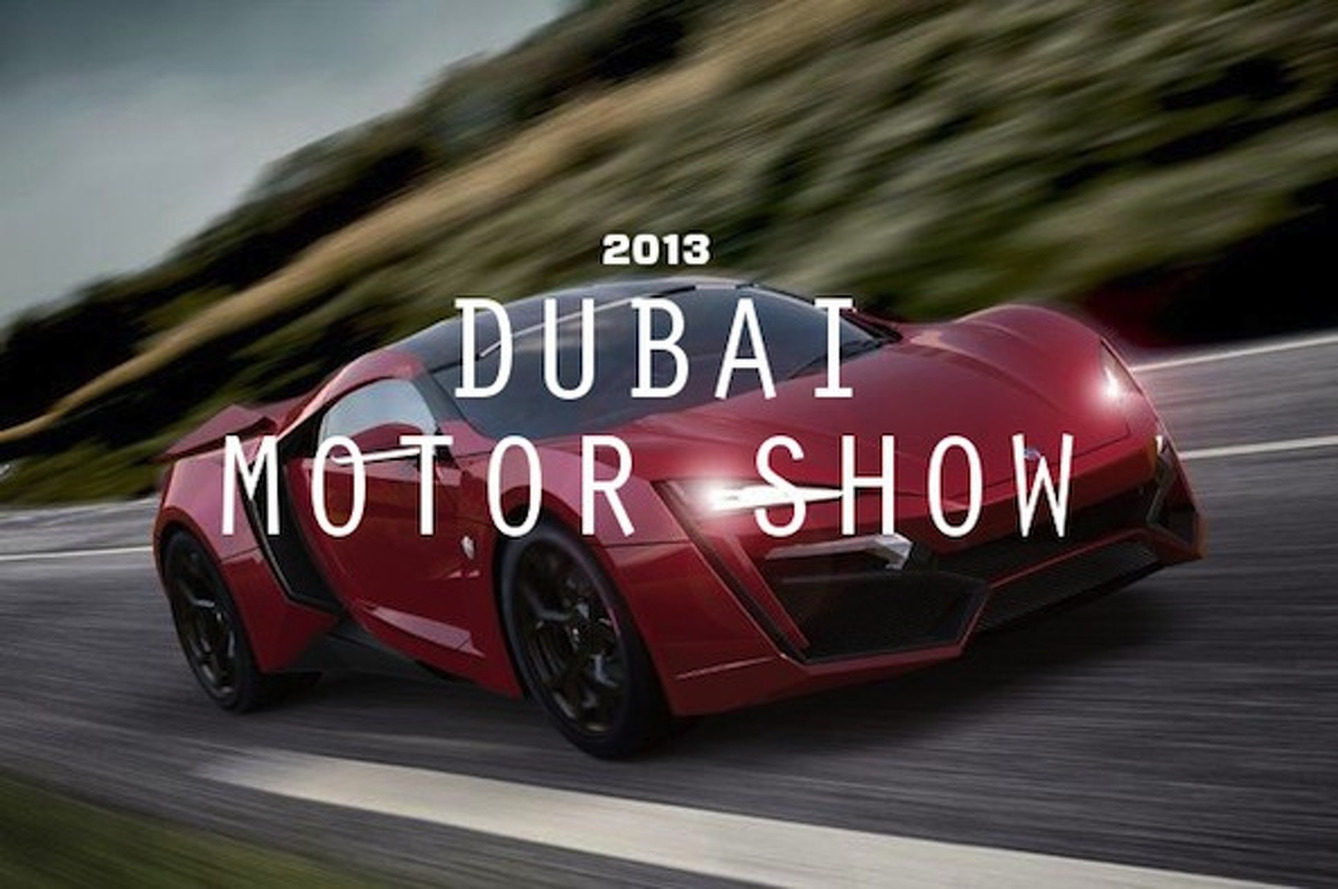 Typically this time of year, we turn our attention to SEMA (which we will) in the search of amazing custom automobiles. But there is another auto show that is garnering some attention thanks to some ridiculous rides and an exotic setting. I'm talking, of course, about the Dubai International Motor Show. The Dubai show is like your average American auto show, it has all the frills and thrills of any new reveals. Except there's one big difference with Dubai — there are some insane new cars courtesy of a few home-grown new automakers. Lykan, Devel, even the Dubai police get in on all the fun.

Sure, we've already seen the new Ferrari 458 Speciale in Frankfurt. But this hot little number is making its debut in the region where Ferrari will probably sell the most of these mid-engined  masterpieces. It can get from a standstill to 62 mph in just three seconds and features that spectacular racing stripe down the middle. It is the best 458 to date. GTA Spano

The GTA Spano isn't phenomenally gorgeous by anyone's standard, but there is something so ridiculously cool about this car that makes us gawk endlessly. Maybe its the doors, maybe it's that exposed carbon fiber, or maybe because it has some 900 horsepower lurking beneath the cubist paneling. W Motors Lykan Hypersport

The first of the insane lineup of homegrown hypercars is the W Motors Lykan Hypersport. The 750-horsepower supercar comes with a twin-turbocharged V6, a $3.4M price tag, and a 0-60 mph time of only 2.8 seconds. Dubai Police

Everyone's favorite police force even had their own booth at the show. The Dubai Police Department brought out its latest and greatest police cruisers — a Nissan GT-R, an Audi R8, a Brabus G Class Wagon, and a Mercedes Benz SL 63.

So don't even think about speeding. Devel Sixteen

And last, but certainly not least, is the Devel Sixteen. According to Devel (another Dubai-based manufacturer), the Sixteen can manage 5,000 horsepower (!) and reach a top speed of 347 mph. For the moment, we are going to take this one with a grain of salt. RELATED: SEMA 2013: What to Expect