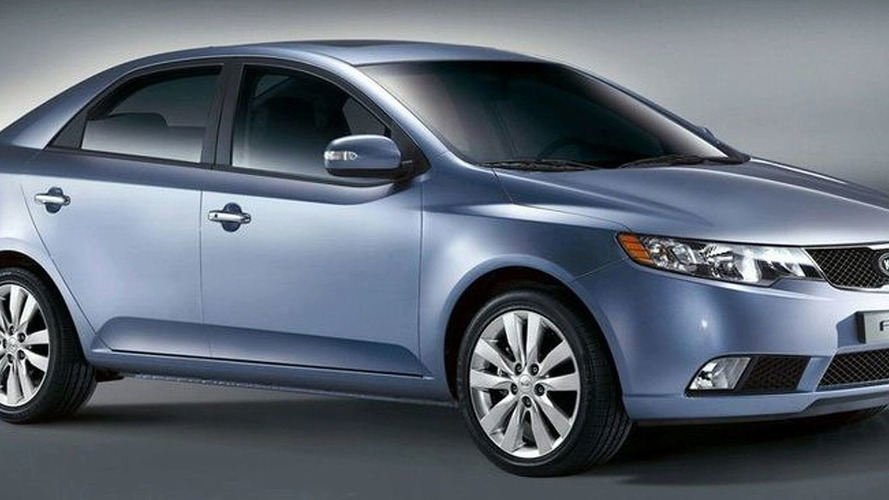 No official information has surfaced yet, but from the pictures we can see the chiseled and bold body lines.

The scheduled revealing of the all-new Kia Forte was set for August 21 in Korea. However, according to TheCarBlogger, Kia decided to release images of the Cerato/Spectra replacement early. No official information has surfaced yet, but from the pictures we can see the chiseled and bold body lines.

Compared to the KOUP Concept, the front end bears a close resemblance while the hood rolls and table top like fender arches are much more dramatic than the concepts flowing lines. The character line below the belt line remains the same while the lower door panels and rocker panel are completely different with a chiseled concave surface. For the rear end, the overall resemblance to the concept can be seen, particularly with the spoiler like boot lid which extends into the quarter panels. However, looking at the details of the rear bumper fascia, quarter panels and tail lamps, the similarities end.

The Kia Forte will make its public debut at Paris in October. Available from launch will be a brand new 1.6-liter engine and a more powerful 2.0-liter will be released shortly after. The Forte will arrive in dealerships in 2009 while the two-door version is expected to arrive some months later.