Art in Motion: The World's Most Elegant Radiator Mascots 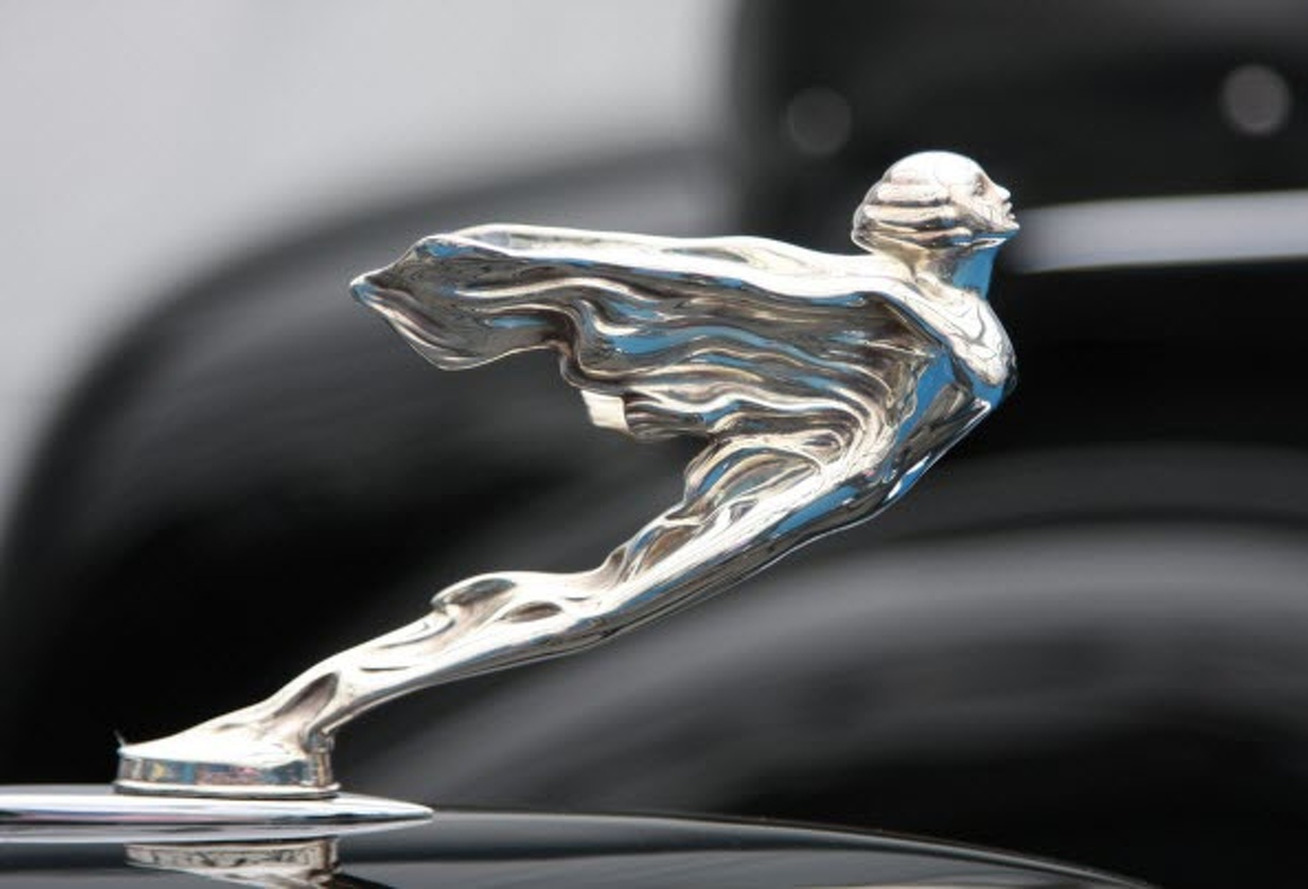 Art in Motion: The World's Most Elegant Radiator Mascots

They go by a number of different names, but radiator mascots have largely disappeared from modern automobiles, thanks to safety and aerodynamic concerns. That's a shame, because these proud mascots -- on both the rarest and the most common cars -- are a special form of artistry, and are worthy of collecting on their own.

The name "radiator mascot" is a lot more indicative of what a "hood ornament" actually is. In the early days of automotive production, the radiator was housed outside the engine compartment, and and was as decorative as it was functional. It featured a polished shell, sometimes polished grillework to protect the delicate fins from stone damage, and a radiator cap mounted on the top of the radiator. Early on, those caps were purely functional, keeping coolant inside the radiator under pressure. The idea of a radiator mascot is often credited to Lord Montagu who, in 1896, placed a bronze statuette of St. Christopher -- the patron saint of travelers -- on the hood of his 4-cylinder Daimler. Soon, car owners began having their own unique radiator mascots constructed, and an entire radiator mascot industry cropped up, and the automotive industry itself took notice. As radiators moved inside the engine compartment, the radiator mascots became unnecessary, but they were so prized that they became purely ornamental sculptures affixed to the hood itself. These vestigial radiator mascots became known as hood or bonnet ornaments, and were common well into the 1990s. Some radiator mascots became icons. Some were constructed by the world's most recognized artisans. And still others were as common and utilitarian, but were still artful and unique in their own way. Rolls-Royce

Aside from Jaguar's "Leaper," probably the most recognizable radiator mascot is one of the last ones still extant. The Rolls-Royce Spirit of Ecstasy -- also known as "Emily," the "Silver Lady" or the "Flying Lady" -- was originally designed by sculptor Charles Robinson Sykes, and has appeared on Rolls-Royce models since 1911. Modern Rolls-Royce models still feature the Spirit of Ecstasy, and to prevent theft or injury to pedestrians if struck, the Flying Lady is spring mounted and completely retractable. Stutz

Ra was ancient Egypt's solar deity. The name's etymology is unclear, but it may have represented the word for "creator," or "creative power." Creative power was certainly on display in products from the great American car builder Stutz, which utilized a stylized, Art Deco depiction of the sun god as its radiator mascot between 1926 and 1935. The Stutz Ra features a Neo-Egyptian helmet, rather than the traditional solar disc that is associated with the Egyptian deity. Note the serpent head on the front of the helmet, similar to that worn on the headdress of King Tuthankhamun. Cadillac-LaSalle

The Heron mascot has to have some kind of record for the most delicate radiator mascot ever produced. It's a gorgeous design featuring wingtips that reach six inches over the level of the hood. The Heron was used on both Cadillac and LaSalle models between 1930 and 1932. It was designed by John W. Hession, Jr. Cadillac V16

Cadillac went through a number of radiator mascots in the 1930s. It started with the Art Deco heron, but several other auto manufacturers had similar mascots, including Packard's pelican and Hispano-Suiza's stork. For V16 Cadillacs produced between 1930 and 1932, the manufacturer selected this flowing goddess, which was the work of William Schnell, who received a patent for its design. Delage

French luxury automaker Delage utilized the talents of artist René Lalique -- the premier glassmaker and sculptor of his day -- to accentuate the beauty of its cars, only after Lalique had created radiator mascots for several individual owners. Victoire, or "Spirt of the Wind" is one of Lalique's most prized and appreciated radiator mascots. When RM Auctions sold a lot of 30 Lalique mascots in 2012 -- including a Victoire from a Delage -- the collection sold for $805,000. Latil

Not all elegant radiator mascots appear on fine luxury automobiles. Like the Mack bulldog, fine mascots can appear on heavy trucks, as well. That's the case with this stylized elephant head that appeared on French Latil trucks in the 1920s. The radiator mascot was the work of artist Frederick Bazin, who was also responsible for the gorgeous Art Deco stork that appeared on Hispano-Suiza's cars. All images (except for the Spirit of Ecstasy) courtesy Jonathan Ward