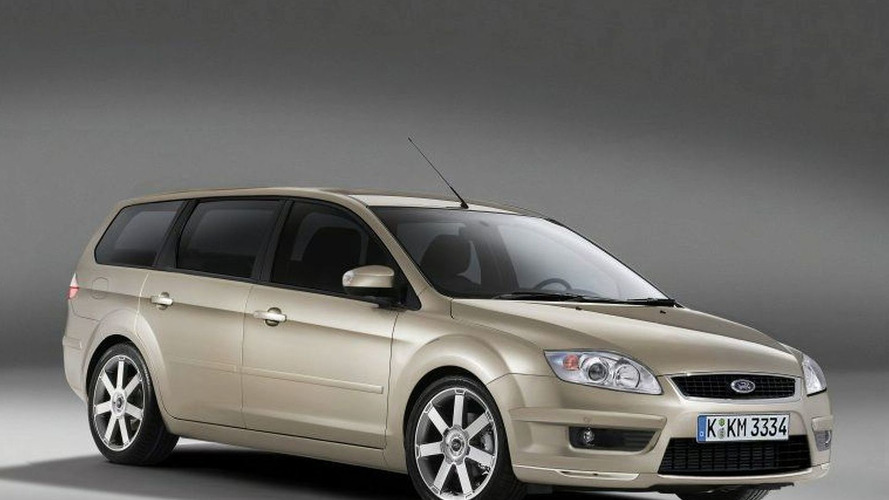 Following on from the losis concept-car, the new Mondeo is set to continue the firm's exciting design theme, with bold upper and lower grilles, rakish headlights and a sporty profile.

Almost inside the new Mondeo

Underneath this black “trash-bag” disguise is one of the most eagerly awaited cars for years – Ford's all-new Mondeo. The blue oval has finally come out into the open and even “allowed” us a quick look inside the car. Our pictures clearly prove that on-road development of the next-generation car is well underway. Set to go on sale next year, the newcomer has much responsibility resting on its shoulders. Family car sales are falling as more and more crossover MPVs are launched - including Ford's own S-MAX - so the Mondeo needs to offer something fresh.

And although the car here is heavily disguised, it showcases some of the most dramatic styling yet seen on a production Ford. Following on from the losis concept-car, the new Mondeo is set to continue the firm's exciting design theme, with bold upper and lower grilles, rakish headlights and a sporty profile.

Take one look at the model pictured and you can see the beginnings of those details – particularly the large headlights, which spread out almost to the edges of the front wheelarches. In terms of bodystyles, the saloon version will probably be dropped in favor of a hatchback and estate line-up.

Our pictures also give the first impression of the new Mondeo's size and one thing is immediately clear – it has grown significantly. With extra length added to the wheelbase, it should have more passenger space as well as improved crash protection.

Based on a chassis derived from the S-MAX, the car will keep its front-wheel-drive layout, with engines including uprated versions of existing 1.8-litre and 2.0 petrols, plus 2.0 and 2.2 turbodiesels. Range-toppers are expected to use the Focus ST's 2.5-litre 225-bhp five-cylinder petrol engine, as well as the Ford/PSA 2.7-litre twin-turbodiesel.

Sharp responses will be assured thanks to a new electro-hydraulic steering system – first seen on the C-MAX – which also helps to save fuel. Set to debut at the Frankfurt Motor Show in 2007, the new Mondeo is likely to cost more than the car it replaces.