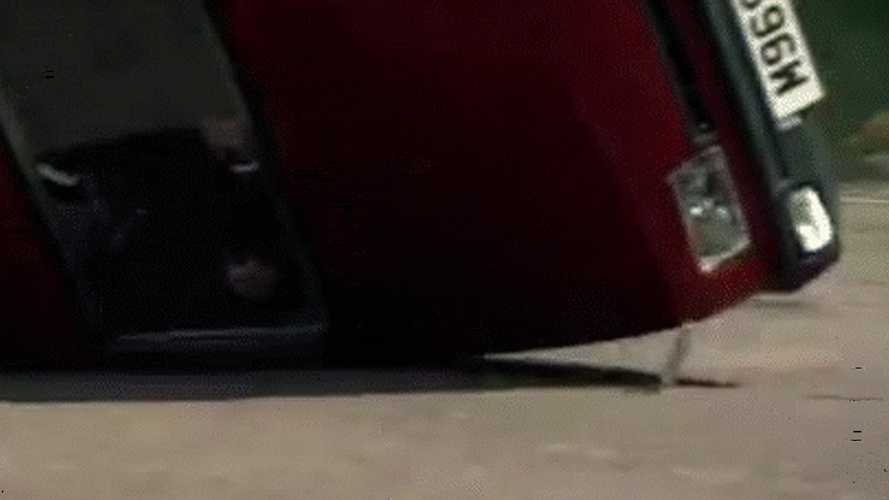 Drive these cars if you dare.

Happy Halloween! If you're like us, you're pretty much over getting scared by any gory or suspenseful films. Today, we like to find our thrills on the race track—driving some of the scariest cars ever to grace this Earth.

That said, there are some cars that not even we would touch with our neighbor's ten-foot pole, for their inherent danger—or for their just awful visual appearance. These cars, through either personal experience or via horror stories from those who have survived, have all gained a reputation as vehicles that will give you nightmares. (In best Crypt Keeper voice): "Drive these cars...if you dare!"

Koenigsegg CCR On the British Show Top Gear, esteemed test driver, the Stig, nearly wiped out in this car trying to set a track record. Upon conclusion of the test, the Stig confided that the car would need a proper spoiler if he were to ever drive it again. They brought in the CCX, with a spoiler, and he set a track record. Imagine that though– the symbol of vehicular intimidation, not wanting to pilot a car until it was modified. If it scares the Stig, it should make you wet your pants.

Pontiac Aztek This is more of the scared-by-its-appearance flavor. The Aztek is THE definitive ugly car. I mean, just look at the thing. Not to mention it was an SUV built on a minivan platform. The thought of owning this vehicular eyesore should keep you up at night. Dodge Viper ACR It was said of the Shelby Cobra that it ran out of engine before it ran out of car...and it had a lot of engine. The Viper arguably has more engine, and it goes several hundred yards beyond the car in terms of handling. You will loose control of this car if you don't respect it. To drive scared of the consequences of mishandling this beast is to live to drive another day.

Grave Digger Seriously, if thing just happens to be in your rear-view driving down the 105...run.

Hennessey Venom GT Spyder If you thought the original Hennessey Venom was scary—wait until you get a load of this thing. For 2016, Hennessey dropped in a 1,451 horsepower twin-turbo V8, managing to eke out a 0-60 mph time of just 2.4 seconds, and finishing off with a top speed of "280+ MPH." Be afraid, be very afraid.

Porsche 917 Really? Do I need to explain this one? The 917 is one of the baddest beasts to ever grace a racetrack. It made Ferrari look like a pack of chumps (after Ford did the same thing!), but drivers hated the idea of driving this car. It was fast, unruly, and cramped. To manage space, the drivers seat was moved so far forward that the pedals were actually in front of the front suspension. Drivers had to wiggle their feet through the front steering linkage and suspension to get to the pedals. One front end collision and you won't be tall enough to ride roller coasters any more! Oh don't forget that it has this evil bastard had a propeinsity to lose control when you lay off the throttle in a turn. If you are ever at the envelope in a hard tun, just lay into that throttle, and the flat-12-cylinder engine will squeeze you out the other side safely. (917/30 Can-Am shown).

Reliant Robin The Reliant Robin was a small, efficient commuter car built for the UK. So how can such a car be so scary to drive. Well, it only had three wheels. And was prone to flipping over at the drop of a hat.

V8 Mazda Miata You can't do it. You just can't. There is no possible way that you can get me behind the wheel in one of these things. I love the notion; it is the greatest driver's car ever with one of the best engines of all time (GM LS-V8). The ingenuity is outstanding, but it is also crazy. Shelby Cobra Replicas While the orginal Cobra was a feat of engineering, both in terms of acceleration and handling, a league of pretenders stepped up after the arrival of the AC ACE-based performance machine. Most of thse were made to look like the original, and feature the same big V8 power, but in typcial American fashion, no attention was paid to the handling. You couldn't pay me enough to drive one of these gussied-up frauds. This problem came to an end with the advent of the Factory Five cars, which have suspensions developed via computer and handle arguably better than the O.G. Cobra.

PT Cruiser Ugh. Can you imagine getting up every day for work, and realizing that you have to spending 45 minutes each way, driving this unlovable car? To drive a PT Cruiser defines giving up at life. That notion of just not caring anymore is perhaps more frightening than any car on this list.

Toyota Tacoma Pikes Peak Ok, mind you, this prototype was being driven rally/off-road/hill-climb maestro Rod Millen, who actually drove this in the Pike's Peak Hill Climb—and he can barely keep it on the road. I mean, he stalled his own racear, and buzzed-down Goodwood turf than a disgruntled landscaping crew. Let this video alone stand as record for the inability for 99.999% of drivers on this planet to pilot such a machine. I have dreams of driving this particular vehicle in the Pikes Peak Hill Climb, and I wake up in a cold sweat right before I jettison from my earthly bounds off the side of a 500 foot cliff.

Most SEMA Cars Finding a well thought out and refined custom job as SEMA is like finding a horror movie that isn't entirely predictable. Most of these cars are ugly manifestations of the designer's own insecurities, projected onto a Chevy Sonic or Scion iA. Freud would have a field day down at SEMA.