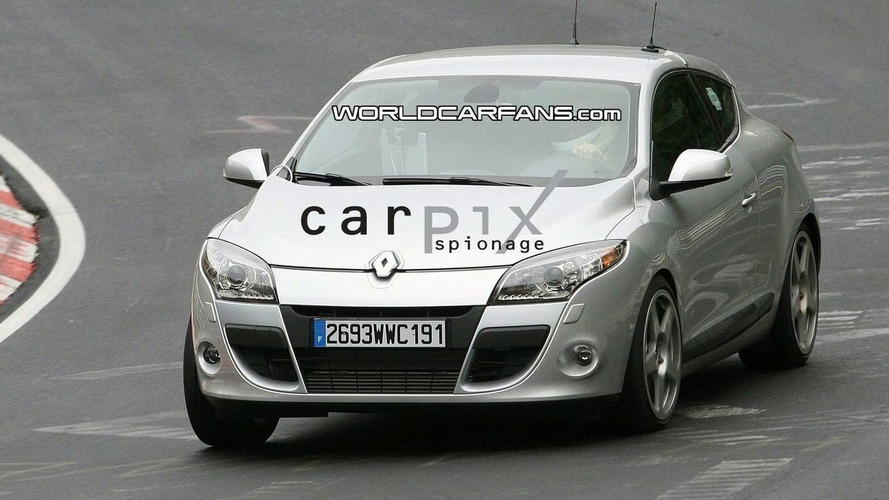 Could this high-performance Renault Megane Coupe caught testing at the Nurburgring be the next Alpine?

Enthusiasts hoping for a resurrection of Renault’s famed Alpine nameplate may get their wish, according to some inside sources. There are hints that a high-performance version of the new Megane Coupe could wear the badge, though other sources say that an Alpine-badged performance Renault won’t be based on an existing product.

In any case, we’ve got some spy photos of an enhanced Megane Coupe stretching its legs for some hot laps at the Nürburgring in Germany. The car in camouflage appears to be an older prototype while the unmasked car is more recent. Big Brembo brakes are evident in the photos, and an unusual center-exiting single exhaust. Larger wheels and tires are also obvious.

Renault is silent on the details, of course. Nothing has been confirmed and it’s unlikely that a new Alpine car will hit the streets any time before 2010, but this prototype suggests that Renault’s quite far into the development process.