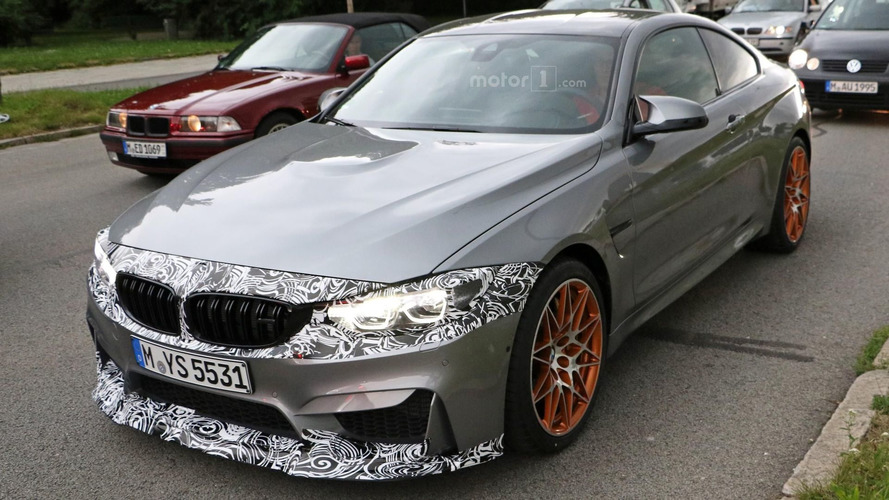 The high-performance coupe is getting ready for a minor facelift, and we have the photos to prove it.

It was only a few days ago when our spies caught on camera a prototype of the 4-Series Coupe and now the M4 has been spotted. The light camo indicates there won’t be any significant changes compared to the current model, but that’s not really surprising taking into account its sedan counterpart went through very little modifications when it received a subtle facelift more than a year ago.

As you can see, this particular prototype appears to be riding on the same 20-inch wheels as the M4 GTS special edition. BMW also offered the alloy wheel set in Spain for the M4 Competition Sport, but in that model the rims eschewed the orange accents for an all-silver look.

BMW applied some disguise on the lower area of the front bumper that will likely be derived from the GTS version. Some new graphics for the headlights and taillights are also on the agenda, but it’s nothing to get too excited about. The same thing can be said about the interior which although remains partially hidden underneath a black cover, it will be largely carried over from the M4 on sale today.

The M4 GTS became the first production car in the world to receive OLED taillights, and according to SCOTT26 from Bimmer Post these are exclusive to the model. That means it’s highly unlikely BMW will offer them on the regular M4 facelift which will reportedly come out around March 2017.

We wouldn’t hold our breath for any power upgrades taking into account the Life Cycle Impulse for the BMW M3 Sedan did not bring any tweaks to the biturbo 3.0-liter six-cylinder engine. That means it should solider on with 425 horsepower (317 kilowatts) and 406 pound-feet (550 newton-meters) of torque, enough to run the 0-60 mph (0-96 kph) sprint in 4.1 seconds with the manual and in 3.9 with the dual-clutch automatic.

Besides the regular 4-Series Coupe and its M4 equivalent, the sexy 4-Series Gran Coupe is also getting ready for a nip and tuck, as is the convertible version.