The Bugatti Chiron was originally supposed to look like this 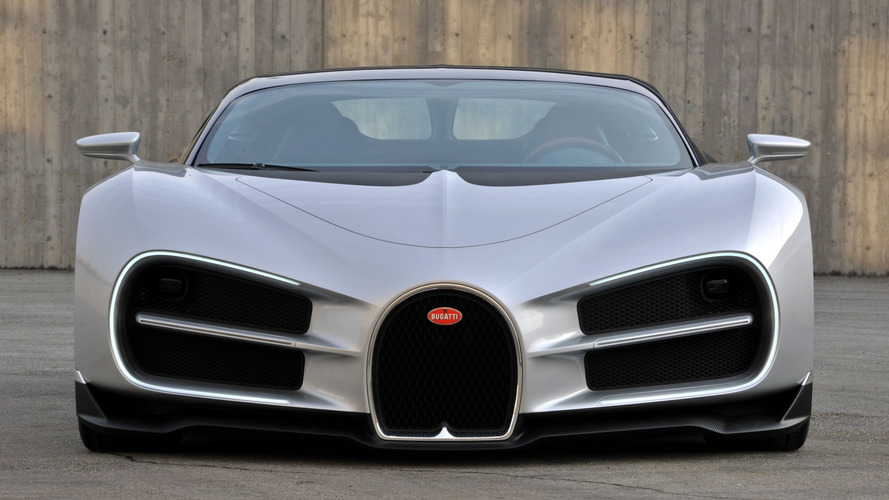 The Chiron in production form still looks as if it comes from outer space, but one of the early designs was even more spectacular. According to CNET, the “eight eyes” look as it is being referred to within Bugatti was not in fact the original look of the car. The front fascia depicted in the image above represents an early model of the Chiron created by Sasha Selipanov. Along with other designers from VAG, Selipanov was invited to propose a design for the Veyron successor.

His project took the win and he was immediately asked by the Volkswagen Group to join the staff full-time and focus on the Chiron’s appearance. While the front fascia did not make it to the production model, the side profile and rear end are very similar to his design.

Many have criticized Bugatti for playing it safe by taking an evolutionary route in terms of styling compared to the Veyron, but the end result is a perfect example of “function over form.” That’s because focus was primarily on aerodynamics and keeping the internals cool. With Bugatti attempting to take down its own world speed record, the Chiron’s body needs to be as sleek as possible and the quad-turbo W16 8.0-liter engine must remain in optimal temperatures to help the car set new records.

Also for the sake of better aero, Bugatti actually wanted to eschew the conventional side mirrors and replace them with cameras. However, current legislation got in the way, so the production version still has mirrors. The Japanese government recently approved production cars with camera-based rearview mirrors, so hopefully other countries will follow. Aside from looking cool, cameras are also lighter than traditional mirrors and reduce wind resistance, so the Chiron could certainly benefit from them.

As far as the interior cabin is concerned, only the seatbelt housing is made from plastic as everything else is a combination of metals and carbon fiber. For example, the switchgear and the instrument binnacle are made from aluminum whereas the dashboard is carved from a single piece of carbon. As you would expect from a car playing in the top league, the Chiron is available with an extensive array of customization options.

Regardless of the finish a customer goes for, the speedometer in all 500 cars planned for production will go up to a mighty 500 kph (310 mph). It’s a sign the Chiron has an unprecedented top speed for a road-legal production car and is able to eclipse the 258-mph Veyron Super Sport World Record Edition (WRE). It probably won’t be able to do the full 310 mph, but chances are it will get close to the 300-mph mark. For now, Bugatti is saying the Chiron can climb to 261 mph (420 kph), but give it a few years and that number will increase.

The rumor mill indicates Bugatti will perform the record-breaking attempt in 2018 and it will probably do it at the same 13-mile Ehra-Lessien facility where its predecessor made history.