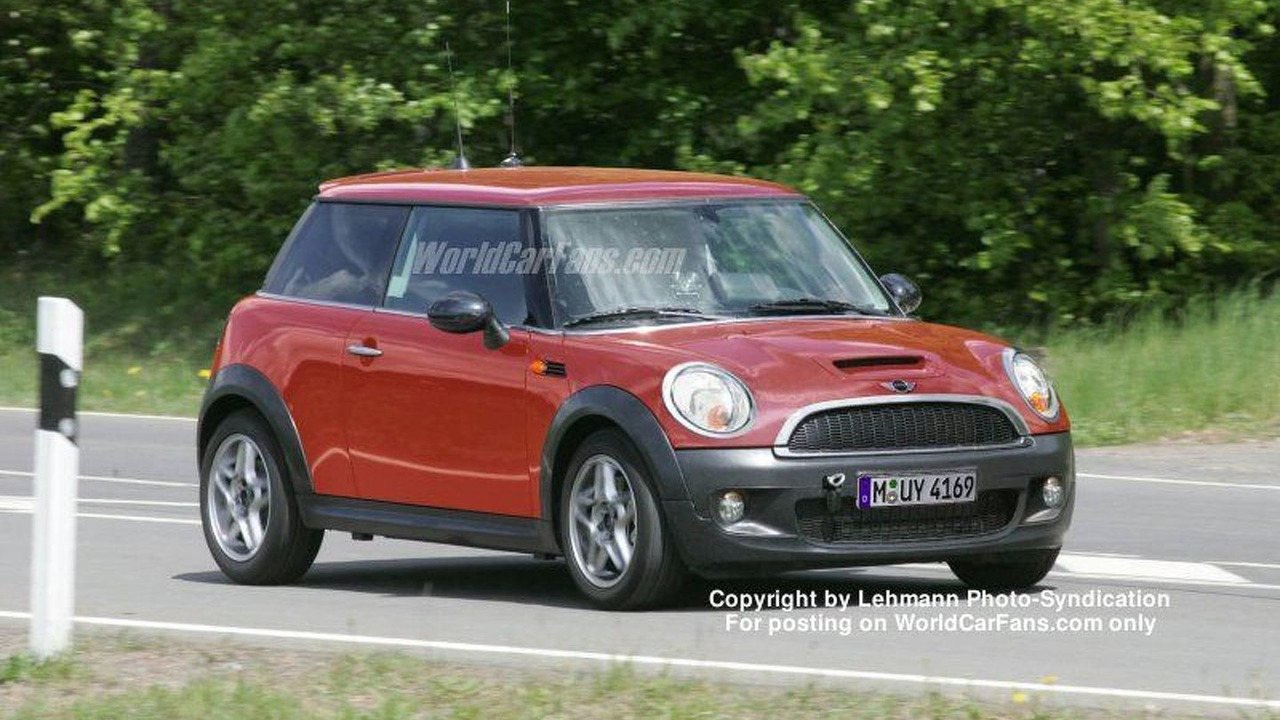 MINI – first time undisguised:
In September of this year BMW will launch the second generation Mini. The new model is expected to become only slightly bigger, and the styling carefully adapts the traditional features of the current successful car. However, it can be easily recognized by its different front – and rear end with larger round headlights and bigger taillights. Reason for the newly designed higher front end is not only the use of the new larger high-tech 1.6 litre fuel engine developed by BMW but also that it includes a pedestrian protection in case of an accident.

MINI Traveller
Exactly one year later BMW will add for the first time a wagon version to the model range which will be called Traveller. It is 20 cm longer in overall length than the new sedan and has a split rear door hinged at the sides. In addition, the prototypes are revealing second side-rear doors, which are narrower than the front doors – similar to the style of Mazda’s RX 8. On the pictures these doors are still under some taped disguise. All in all the Mini Traveller is more of a low and long car rather than a high and mighty-one like a Fiat Punto or the new Opel Corsa.