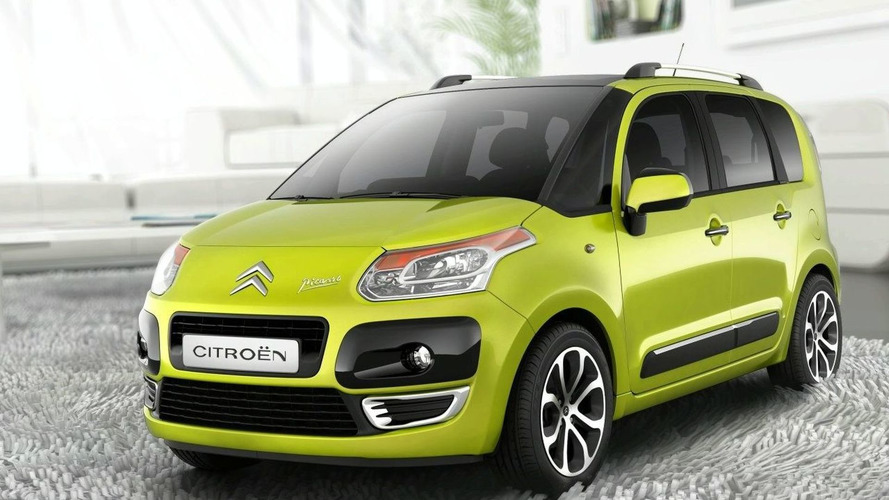 With four engine options, 2 petrol and 2 diesels, little people mover will also be made in Brazil.


A small minivan based on C3 has been photographed lots of times. Initially called Minispace and StreetLounge, the new people mover has had its official data and pictures released by Citroën for the first time and will adopt the name Picasso, which has been used for all of Citroën’s minivans since the Xsara Picasso.

Built over the base of the Peugeot 207, the new minivan anticipates the lines of the next generation C3, expected to be presented next year, also over the same platform. The official presentation of the new Citroën will be held at the 2008 edition of Paris Motor Show.

The little MPV is 4.08 m long, 1.62 m tall and 1.73 m wide. The luggage compartment holds up to 500 l, what will put the C3 Picasso in the market with a remarkable advantage over its competitors, or else, Opel Meriva (probably the future one), Renault Modus, Nissan Note, Honda Jazz, Fiat Idea and Lancia Musa. Another plus is the windshield that invades the roof, allowing the driver to have a completely new perspective of the traffic. In the C4 Picasso, it feels almost like there is no roof at all.

The C3 Picasso will also be produced in Brazil by 2009, aiming at the local market and exports to South American countries. Since it uses the Peugeot 207 platform, the car could also be produced in Brazil, although the Brazilian market has recently received the 207 Brasil, a revised 206 with a 207 front end and improved suspension. Who knows what Peugeot may call a real 207 in Brazil? Maybe 208…