BMW isn't saying no to a pickup truck 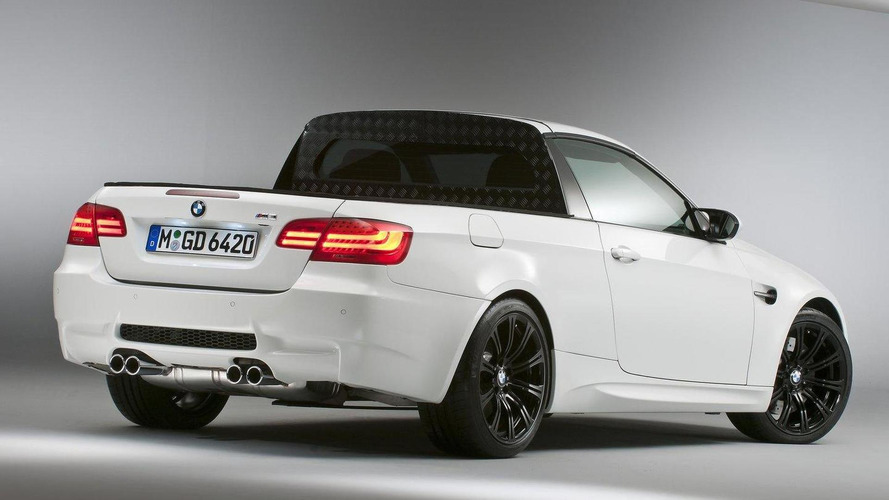 It seems BMW's attitude towards building a pickup truck may be cooling.

Back in 2011, the world got very excited when BMW unveiled an absolutely awesome M3 pickup. Unfortunately, it was just an April Fool's joke, but it planted the idea of a BMW truck very firmly in mind. Subsequent X3 and Mini Paceman-based trucks didn't garner as much attention, but neither did they make the concept go away.

Fast-forward to now, and the pickup market is potentially facing a seismic shift as Mercedes prepares to enter the market with the first truly premium pickup. Though based on the Nissan Navara, the truck's body and chassis will be pure Mercedes, which should result in much higher quality than the sector has seen before.

Demand for top-spec versions of pickups is growing rapidly across the world. Whether or not the premium badge on Mercedes' truck, expected to be called GLT Class, adds to the appetite remains to be seen.

"We're watching the space closely," Werner said. He added: "It's easier for Mercedes because they have commercial vehicles and trucks and vans. We do not."

However, as Mercedes has partnered with another maker already producing a truck platform, so BMW could, too. It already has a partnership with Toyota to work on high-end sports cars and could perhaps leverage that to develop its own version of the Hilux.

It is, perhaps, a slightly far-fetched scenario. But then so was the idea of a front-wheel-drive BMW and that has come to pass already.