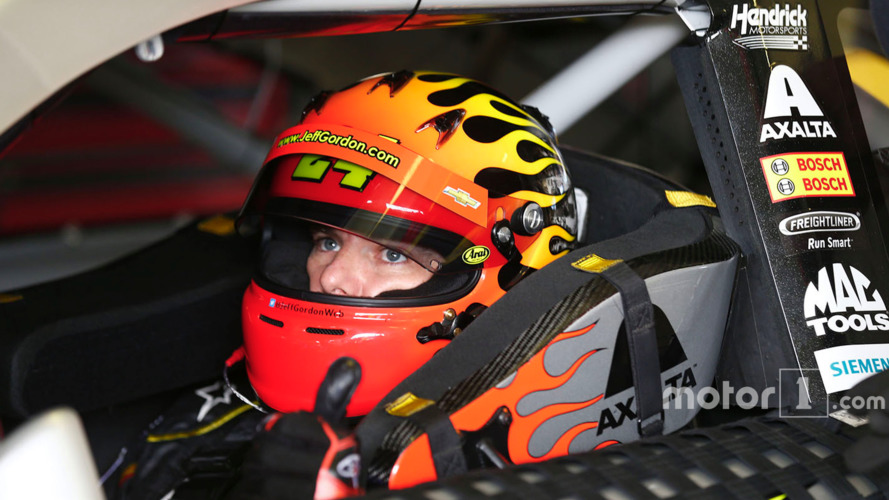 Jeff Gordon will pilot the No. 88 Hendrick Motorsports Chevrolet in this weekend’s Brickyard 400 and at Pocono next weekend.

As expected, Gordon will fill in for Dale Earnhardt Jr., who remains sidelined with concussion-like symptoms including nausea and a lack of balance.

A release from HMS said Earnhardt underwent further evaluation Tuesday at the University of Pittsburgh Medical Center Sports Medicine Concussion Program. He will not attend Indy or Pocono.

“Our focus is giving Dale all the time he needs to recover,” said Rick Hendrick. “There’s nothing we want more than to see him back in the race car, but we’ll continue to listen to the doctors and follow their lead. What’s best for Dale is what’s best for Hendrick Motorsports and everyone involved with the team. We’re all proud of him and looking forward to having him racing soon.”

Gordon, who turns 45 on August 4, is the only driver to compete in all 22 Brickyard 400s. He won the inaugural event in 1994 — his first of five victories at Indianapolis Motor Speedway. He enjoyed a remarkable average finish of 9.9 bolstered by 12 top fives and 17 top 10s. Gordon earned three poles and led 528 of his 3,349 laps raced.

Although Gordon was born in Vallejo, California, he considers Indiana his second home. He honed his racing skills in USAC prior to transitioning to NASCAR in 1990 when he was 19. In 23 Cup seasons, Gordon posted 93 wins (third all-time), 81 poles, 325 top fives and 475 top 10s.

Since Gordon retired from the No. 24 Hendrick Motorsports Chevy last November, the four-time Cup champion has acclimated smoothly into the TV booth for NASCAR on FOX. Pocono will mark his 799th Sprint Cup start.

“Jeff’s a team player,” added Hendrick. “I know he’ll be ready, and I know Dale has incredible trust in him. It’s going to be an emotional weekend (at Indianapolis) with Dale not being there and seeing Jeff back behind the wheel. Greg (Ives) and the team did a great job at New Hampshire, and they have the full support of our organization.”

Alex Bowman subbed for Earnhardt on Sunday at New Hampshire Motor Speedway. He started 20th and finished 26th On Monday, Earnhardt complimented Bowman’s effort and offered an overview of his current situation on www.dalejr.com...

“My results matched my baseline, which made me feel confident that my brain was pretty sharp. It feels good. The symptoms that I have are balance and nausea. I’ve struggled with my balance over the past four, five days and definitely wouldn’t be able to drive a race car at the weekend. I made the decision I had to make.

“I’ll continue to work with my doctors to continue to understand about the injury and how to treat it. They can give me a lot of exercises that retrain my brain to handle what I need to handle.”

Earnhardt dropped to 15th in the Sprint Cup standings after missing Sunday’s race. The 41-year-old driver, who has 13 poles and 26 wins, sat out for two races in 2012 after suffering a concussion at Talladega Superspeedway.

Team officials did not offer a timeline for Earnhardt’s return.