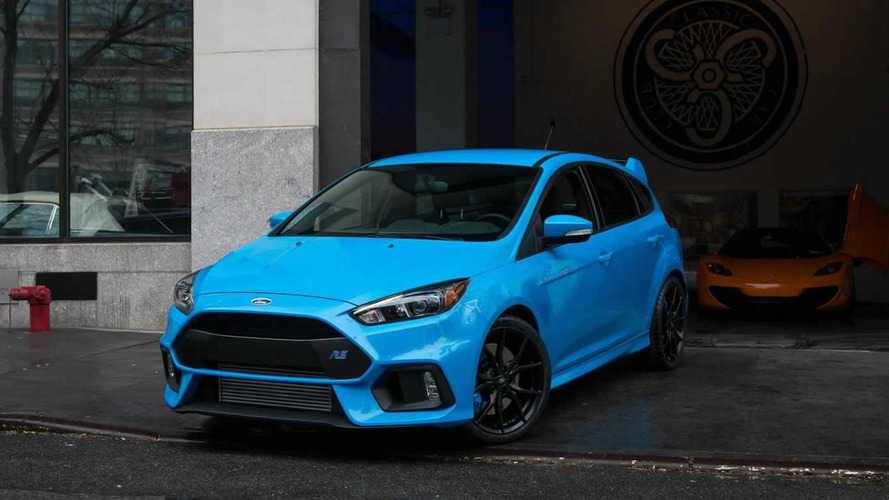 A desperate buyer turned to Reddit to track down his delayed hot hatch; as it turns out it's on the train to him right now.

It’s a pattern that seems to play out over and over again when a highly anticipated new car model is first slated to get into customer hands. Expected dates for delivery change, orders get delayed or confused, and ready drivers are left waiting and often angry.

We caught wind of what seemed to be the latest example of the pattern via a very active Reddit thread, just this morning. Started by the author of an article entitled “The Nightmare of Buying A Ford Focus RS,” Kevin Flynn, it enumerated the ways in which Ford, a Ford dealer, and the company’s customer service department had let down a real driving enthusiast.

By his account, Flynn placed his order for the Focus RS on October 12, 2015, and was told by his dealer that, due to the timeliness of the transaction, his car might be “one of the first 5 delivered on the West Coast.”

The year marched on, Ford started building cars, and Flynn was in touch with “two anonymous Ford employees” who were said to be providing information to RS customers about the status of their cars, via a Focus forums site. Not exactly official, of course, and not entirely surprising that someone curtailed that correspondence. Flynn was told by the forums’ version of Deep Throat that his car was unloaded in Newark, New Jersey on May 6 of this year. Then, much to his dismay, nothing happened.

Flynn made many attempts to get more info about his vehicle – he was desperate to have it in time for a local hillclimb event – with varying levels of success. The Ford Service Facebook account seemed to have some intel early in July, but directed him, ultimately, to contact his own dealer for better delivery information. The dealer, in turn, was apparently unable to get details, and Flynn also received what seems like a very unhelpful email communication.

Sounds like a sad story, but it turns out there’s a happy ending.

“His car is not lost,” said Dan Jones, North America Car Communications Manager for Ford, when we spoke to him on the phone today. Jones isn’t some back-pocket insider source for Motor1 at the Blue Oval, he’d actually gotten involved by reaching out to Flynn after reading his story.

Able to sort through the mess, Jones told Motor1 that Flynn’s car is “Likely to be delivered next week,” and “currently on a train going through North Dakota.”

We asked the Ford rep about the delays behind RS delivery, and he was fairly candid. Jones admitted that the company needed to make additional checks to the cars being delivered to the U.S., quality control done to stave off the dreaded (and annoying) recall boogyman. Nevertheless, cars are being delivered. He also reiterated that, if you've had problems with a car order, your dealer is really the best source of information, all things considered.

The best part of the happy ending? It looks like Kevin Flynn should make his race. The Virginia City Hillclimb is slated to run the weekend of August 27-28, so he will likely get the keys with a month to spare. Should be fun practice in the meantime.