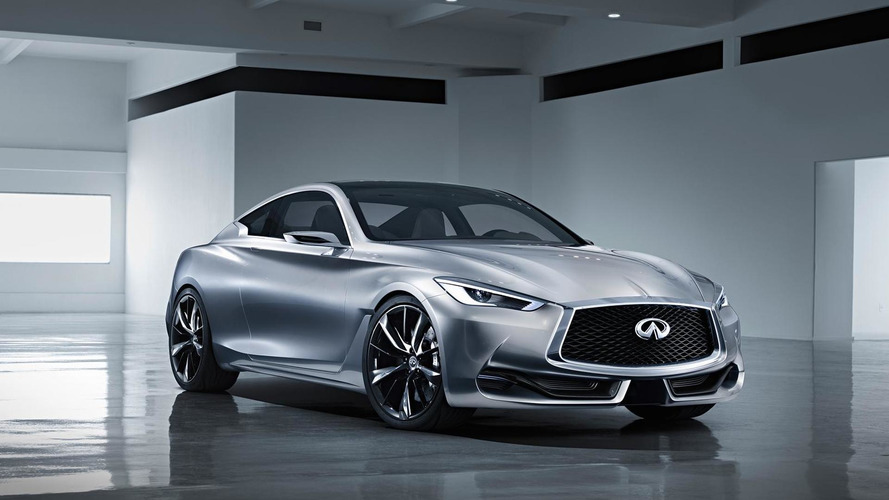 Infiniti wants to strengthen its position as a premium player in the business by offering high-performance image models, and these new cars will be part of a future S performance lineup. AutoExpress reports the Japanese company is planning a whole range of sports cars, and even more hardcore machines, engineered by Renaultsport or Nismo, all part of the big Renault-Nissan family.

“Do we have to do this ourselves? Or do we have others who can do it for us in the Renault-Nissan Alliance? Renaultsport and Nismo are very good at performance enhancement and this is a discussion we are having,” Infiniti president Roland Krueger confirmed to the magazine.

The new Q60 Coupe will be the first one to be launched and it will go on sale before the end of this year, also getting the S badge. “There is a little red S on the Q60, and you will find it going forward on all our performance vehicles,” Krueger commented.

He also explained there will be different types of S badges, representing different packages. “We will have a silver S for a performance pack, which will be wheels and some differentiation,” he said. “And we will have a blue S for our direct response hybrid, which is our performance hybrid.”

Interestingly, the automaker could join the high-performance SUV sector with a sporty variant of the upcoming new QX50 crossover. The regular model will debut at this year’s Paris Motor Show in early October, as confirmed by the company recently, and is expected to become the first production vehicle powered by a variable compression engine. Infiniti claims it will offer the performance of a V6 at the fuel consumption of a diesel motor.